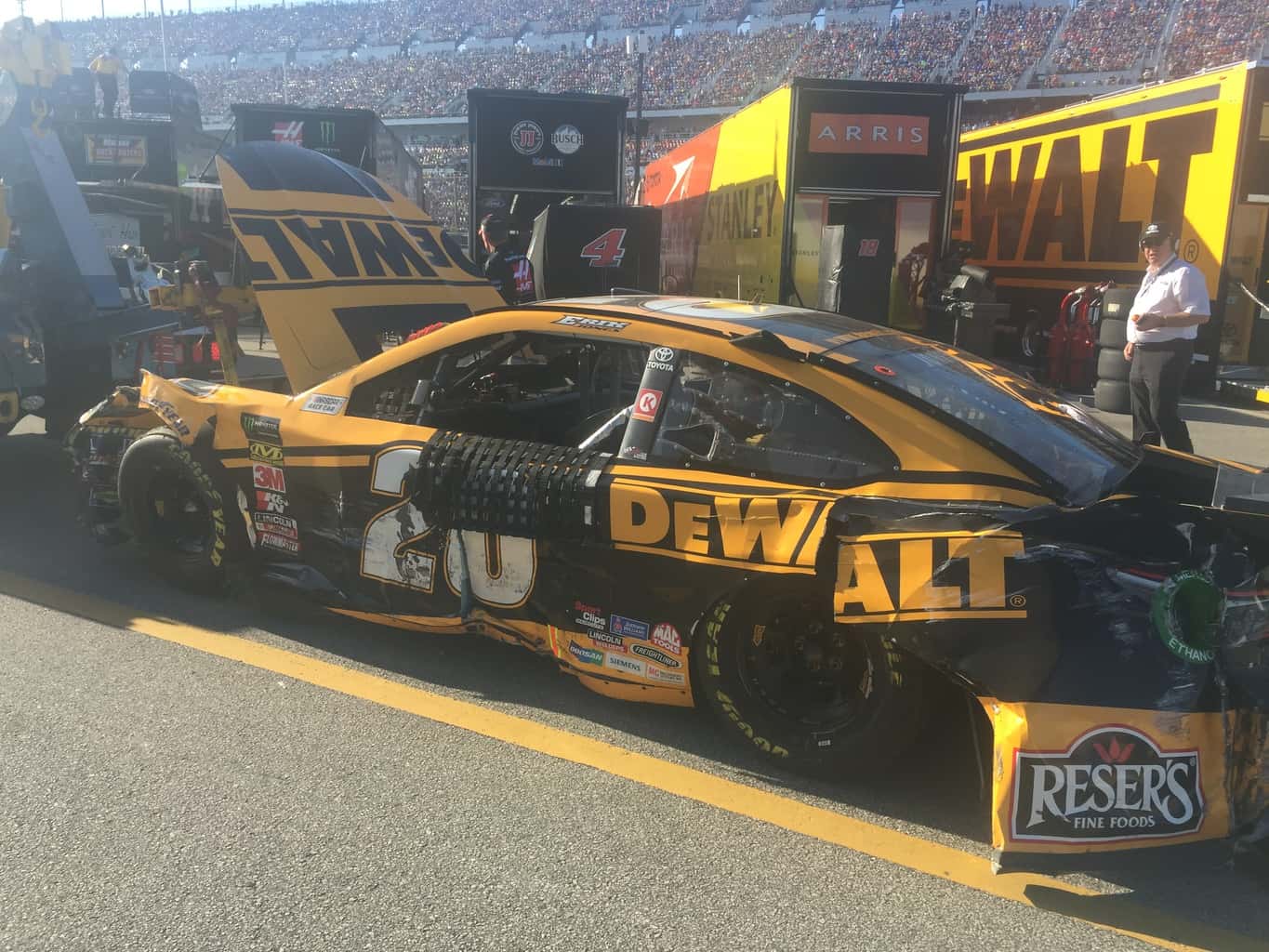 The end of stage one in the 2018 Daytona 500 also meant the end of the day for several top contenders. A multi-car wreck on the backstretch ended the afternoon for Jimmie Johnson, Daniel Suarez, Erik Jones and Ty Dillon while severely damaging several others.

It all started when Ricky Stenhouse Jr. got loose making a block on the backstretch. While Stenhouse kept his car straight, the resulting slowdown caused Jones to hit him and then lose control. As the stage wound down, Jones was sideways in front of the field, and many of the lead pack drivers simply had nowhere to go.

“Unfortunately, many thought that was the black and white checkered flag, not the green-and-white checkered flag,” said Johnson, who lost his third car in three Speedweeks races. “Lap 59, to be throwing blocks like that, there’s going to be a lot of wrecked race cars.”

The eight-car incident in all put a cloud over the end to an aggressive first stage. The side-by-side action was wild and crazy in the closing laps as drivers were fighting hard for that first playoff point.

But did the blocking by Stenhouse and others go a little too far?

“I guess a couple of guys were overaggressive a little too early,” said Suarez after being knocked out. “I thought in this kind of racing, you need to be two places, in the front or in the back. We were able to race in the front, and I thought it was going to be safer up there.”

Only 29 cars remained on the lead lap at the end of stage one.