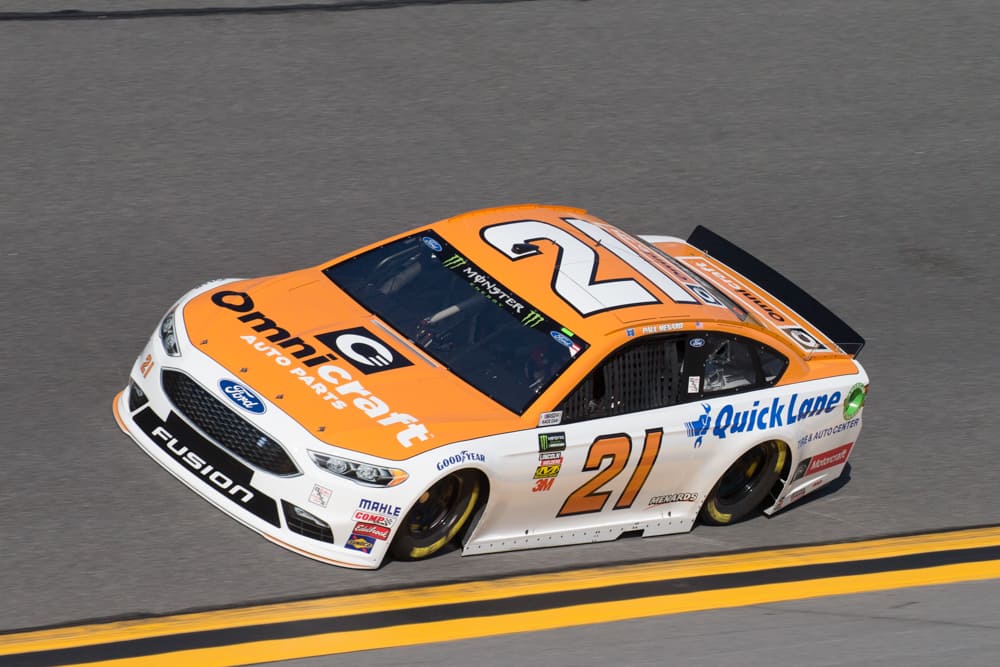 In the 2017 Daytona 500, Ryan Blaney came up just shy of winning in the Wood Brothers Racing No. 21. Blaney went on to win at Pocono Raceway and make a deep playoff run.

Blaney announced he was moving to Team Penske and Paul Menard would take his spot in the No. 21 for 2018. The team went from an up-and-coming star in the cockpit to a veteran with only one Monster Energy NASCAR Cup Series win. It seemed that all of the momentum that the team had built during last season would be lost.

On top of that, team owner Glen Wood missed his first Daytona 500 ever due to his wife being sick.

None of that mattered though, as Menard proved that he belongs in the car by scoring a sixth place finish in his first race of the year, the Daytona 500, on Sunday night (Feb. 18).

“The car’s a rocket ship,” Menard said. “I’m really proud of these guys. This car is really fast and drove really good. It’s pretty much everything you could hope for.”

The iconic No. 21, winner of five Daytona 500s, was great all night and Menard has the stage points to prove it. After starting in 16th place, Menard moved up to ninth by the end of the first stage.

The next stage proved to be harder, as Menard had to weave his way through all of the carnage that occurs at Daytona. Brad Keselowski and Chase Elliott tangled at the front of the field on lap 103 and Menard’s car went low and narrowly avoided a spinning No. 2 Ford.

As one of the few cars without damage, Menard was the runner up in the second stage and pushed Blaney to win it.

“We got a lot of points today, that’s good for our overall picture,” Menard said. “I had a shot at getting a stage win too.”

Menard tried to make moves in the final stage, but lost his good standing as the race progressed.

“Denny [Hamlin] gave me a shot in Turn 3 and got me really loose and we lost all of our track position,” Menard said. “We had to work our way back up.”

Another wreck happened right in front of Menard when Blaney got into the back of Kurt Busch and Menard dodged that one as well.

The No. 21 lined up in fifth place on the final restart in overtime, behind Denny Hamlin and Chris Buescher. Menard got a booming run down the backstretch and tried to go under Buescher, but the No. 37 made a huge block on Menard to stall out his momentum.

“I almost wrecked him and then they got a run on the outside,” Menard said. “Not much you can do there.”

Menard settled for sixth, but he was a much bigger contender than the score sheet reflects. Menard said it was likely the best shot he has ever had to win at Daytona. More importantly, Menard brought the car home in one piece so it can be used again later in the year.

“We’ve got a really good car when we go to Talladega [Superspeedway] and it gives us a little momentum going into Atlanta [Motor Speedway],” Menard said.

Menard did good for the Wood Brothers this past week. Nice to see. IMO.

I have new respect for Paul Menard because he no intentions to be on social media. Also did a good job driving in the Daytona 500.