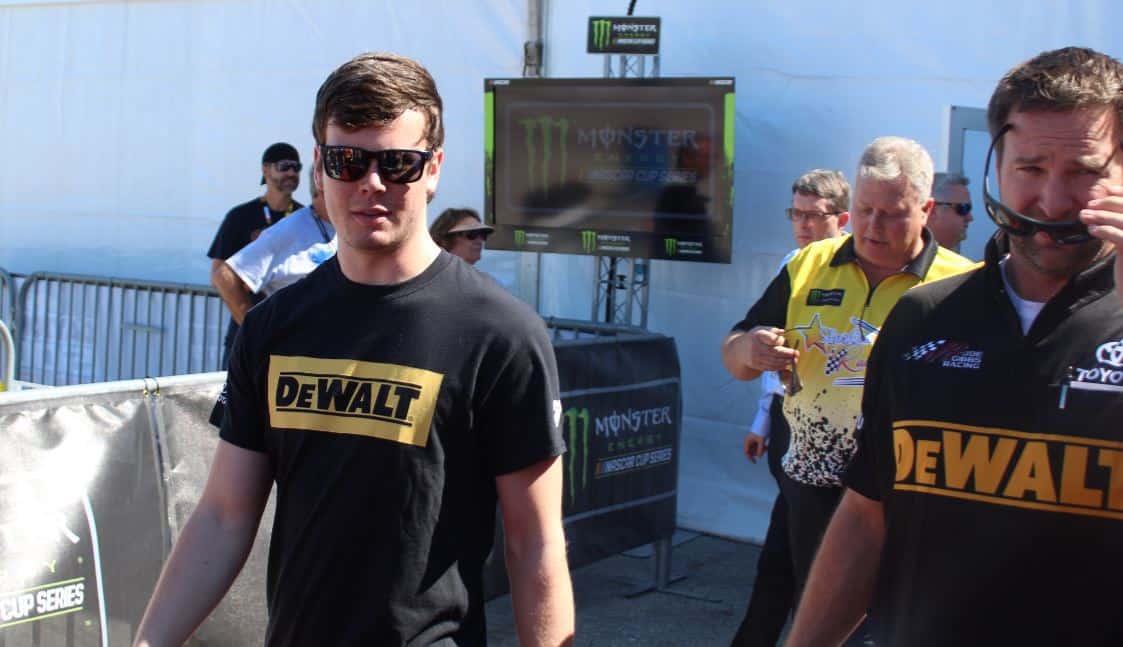 If the Daytona 500 is any indication, the 2018 Monster Energy NASCAR Cup season could be one of the wildest in years.

Granted, making any predictions about an entire season based only on the first race is a dangerous game.  The Daytona 500 is unlike any other race on the NASCAR schedule, and restrictor plate racing itself is a much different challenge than what drivers will face on most weekends.  Last year’s Daytona 500 offered up plenty of carnage as well, so it’s not like Daytona turning into a 200 mph junkyard is anything new.

The one trend that characterized this year’s Great American Race, as opposed to years past, was who was fighting for the lead and making the bold moves.  Many of NASCAR’s young racers demonstrated that they could race up front and challenge for victory in the biggest race of the year.  Some of them dropped out of contention earlier than others, but rising stars of the Cup Series made their presence known, and suggested that they will make things very interesting as the year goes on.

Among the young faces in new places who looked strong early were Ryan Blaney and Erik Jones.  Blaney proved to be the dominant driver of the race, leading 118 laps.  Jones led 11 circuits before getting caught up in the first big accident of the day on lap 60.  While only Blaney made it to the finish, both he and Jones looked comfortable in their new rides at Team Penske and Joe Gibbs Racing.

Both drivers raced with satellite teams in 2017.  Blaney competed with Wood Brothers Racing, while Jones raced a second Furniture Row entry.  It was understood, though, that both drivers would move to bigger operations in the near future.  The real question was whether they could take advantage of those opportunities when they arose.  Just one race into the new season, Jones and especially Blaney are already looking like potential winners, though Blaney did already score his first win last season.

The new Hendrick Motorsports teammates, Alex Bowman and William Byron, made their presence known as well.  Bowman started from the pole, led 13 laps and hung with the lead draft until the lap 199 accident.  Byron’s race was more of a struggle though.  Making his Cup Series debut, the new driver of the No. 24 avoided race-ending disaster, but damage from a series of accidents prevented him from contending at the finish.

There is still an element of mystery with Bowman and Byron.  Bowman is no stranger to the Cup Series or Hendrick Motorsports, but he has made most of his previous starts toiling in underfunded equipment.  Sunday’s race was the first for Bowman as the full-time driver of the No. 88.  While the Arizona native has never been under more pressure to perform, he has never had such a great opportunity to show off his skill.  Though his Daytona 500 ended with a wrecked race car, they knew he was there.

Byron, meanwhile, has enjoyed a meteoric rise to the Cup Series.  A virtual unknown three years ago, he has taken over one of the most iconic rides in NASCAR at age 20.  Byron has earned his share of wins on his way to the top division of NASCAR, not to mention an XFINITY Series championship.  But as many have discovered before Byron, the Cup Series is a whole different ballgame.  He should be one of the most fascinating drivers to watch in 2018.

Aside from Blaney, Darrell Wallace Jr. might have been the most impressive young gun at Daytona.  He may not have led the race or collected any stage points, but he survived the carnage and nipped Denny Hamlin at the finish line in a tight battle for second place.  Remember that this is only Wallace’s fifth Cup start, and he went toe-to-toe with some of the best in the business.  Richard Petty Motorsports has not had much to smile about in recent years, but the new driver of the No. 43 might change that.

Yet the driver who stole the headlines was a racer with a few years’ more seasoning.  Austin Dillon came out the somewhat surprising winner at Daytona.  Aside from returning the Richard Childress Racing No. 3 car to Victory Lane in the Great American Race, the talk of the next week will be Dillon’s contact with Aric Almirola on the final lap, knocking the No. 10 out of the lead and sending him slamming into the wall on the final lap.

For the 2018 season, Dillon finds himself in a similar position to Ricky Stenhouse Jr., another relatively young driver who made some, well, interesting moves during Speedweeks this year.  Both drivers have been tasked, for the time being, with leading their organizations back to their former glory.  Dillon will likely be heading to his third consecutive playoff appearance, while Stenhouse looks to return to the playoffs after scoring his first two Cup Series wins in 2017.  Both drivers face an aging group of veterans and an army of younger but inexperienced racers.  Do Dillon and Stenhouse have an opportunity to step up their game and emerge as championship contenders?

Like it or not, young drivers are going to be the central storyline of 2018.  Last season offered a year-long experiment of the newfangled stage racing, leaving fans wondering how a new race format would impact NASCAR.  This year, the drivers themselves will be the experiment as they step into new cars and face big opportunities.  If the Daytona 500 is any guide, the results of the experiment will be fun to watch.

The “YOUNG DRIVERS” will be the storyline because of you people. I am sick to death of it already. Let them win some races, you know..merit. Dillon did the dirty and I don’t mean that stupid crap of throwing his ugly chicken hawk looking ass across the lawn. Couldn’t watch, hope he didn’t do a “grass angel”. Again Plate racing proves the best doesn’t always win, but Brian always gets his headline…SMH. And he of all people mentioning EARNHARDT’s Senior’s name post race sent many to the bathroom to vomit. Lol.