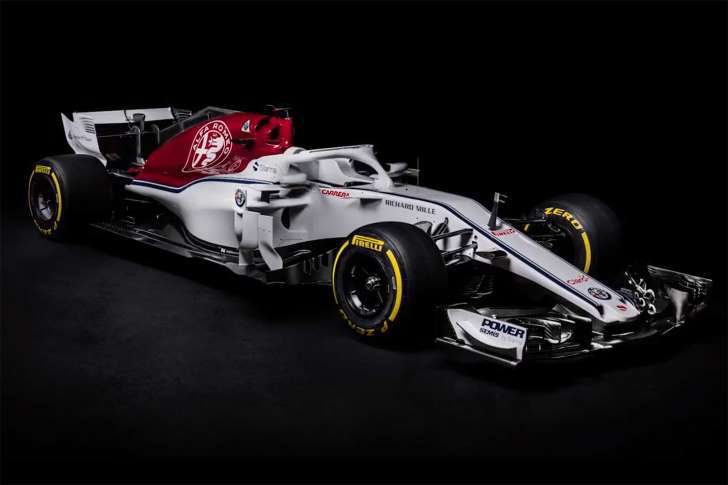 Following their previous year when they used old Ferrari engines and finished last in the formula one constructor’s championship, the Sauber F1 Team launched their C 37 challenger, along with their new arrival of car sponsor Alfa Romeo Tuesday (Feb.20) online at the teams headquarters in Hinwil, Switzerland.

The deal with the Italian car manufacturer, who is returning to the sport for the first time in 33 years, was completed late last year, and is a huge assistance for the Swiss team, which now means that they can use up-to-date Ferrrari spec engines, something that the team desparatly needed in 2017.

This is not the first time that the squad had a title sponsor. As far back as 2008, the team had the assistance of another car manufacturer, BMW, which gave them their only win, in a 1-2 finish with Robert Kubica and Nick Heidfeld, respectively in Canada.

But when the team lost BMW in 2010, the team regained its private status and began to slide. Many seasons went by and it included the depature of many key figures, including Team Manager Monisha Kaltenborn.

However, this season has no place to go but to advance, and with new manager Fredric Vasseur, formally of Renault, along with Alfa Romeo sponsorship, this year could see them possibly move up the midfield.

Swede Markus Ericsson returns to the team for his second season, but his new teammate, courtesy of the Ferrari driving academy, is formula 2 champion from 2017, Charles LeClerc. LeClerc is the first formula one driver to be a citizen from the Principality of Monaco.

” I am very much looking forward to the 2018 season, and to seeing Marcus (Ericsson) and Charles (LeClerc) on track,” Vasseur said. “We have put lots of effort and hard work into the C37 over the last few months, and it is fantastic to be launching the new car today. The return of Alfa Romeo to Formula One sets another milestone in the team’s history, and I am proud that such a historical brand has chosen us for their return to the sport.”
To accompany Afla Romeo are other sponsors such as Richard Mille, Claro, Kappa and Carrera.

It will be interesting to compare Sauber and Haas this year. Two teams using the latest Ferrari powerplants.

But that white color certainly shows off all the aerodynamic appendages.