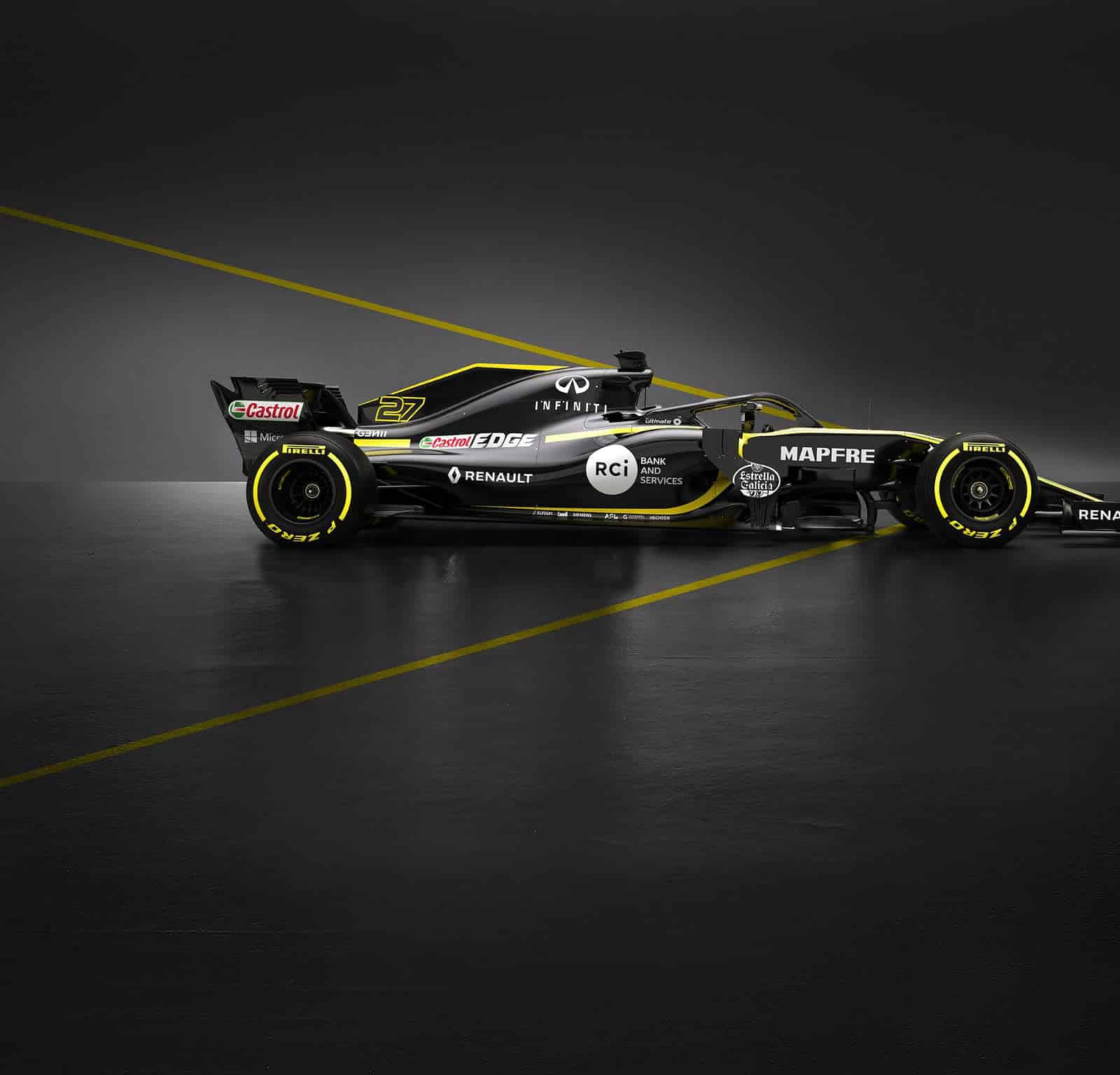 In only its third season as a returning manufacturer, along with a sixth place finish last year in the formula one constructors championship, the Renault Sport Formula One Team launched this year’s challenger, the R.S. 18, Tuesday afternoon (Feb 20) online at their race headquarters in Enstone, England.

Considering its slow, but realistic climb up the F1 ladder, the team expected issues during their first two years in the sport, in which one of them were reliablity problems with the engines, both in their own works cars and in the customers teams, such as Red Bull Racing, in which Renault is now supplying , in their final season with the Austrian outfit.

But this season has seen the French group lose supplying engines to Toro Rosso, who now is at Honda, and has aquired to send their power to the McLaren team. In addition, the new power unit rules have made the F1 teams only have three engines per car per season, which means that the relability needs to be even stronger.

Already McLaren has been making positive statements about their new powerplant since it changed over. But Cyril Abiteboul, Managing Director of Renault Sport Racing, is being very open minded and cautious about what his team can acheive this season.

“Last year was successful in many ways.” Abiteboul commented on the Renault Sport Racing website. “It was the second year in our rebuilding and a further step towards our long-term plans and aims. 2016 was all about recruiting, investing, bringing in new sponsors, new talents and building our brand. Over the past year I’ve seen progression in many areas: ninth to sixth in the standings – in many races we were often the fourth fastest team on the grid. This is a testament to our drive, commitment and adherence to a very ambitious plan.

It was a quantified progression towards what we want to become and challenging the top teams. We have everything to be positive about this year. We have two very talented and ambitious drivers. Last year Nico gave us exactly what we needed with his experience, knowledge and ability to lead both on and off track. Carlos joined us at the end of the season and he brought something fresh, and he scored points to help us in the Constructors’ battle. Without that we wouldn’t have finished where we finished.

Our headline target is to show continued progression through results. We want to be able to showcase our progression in every regard; power unit, chassis, operations, drivers. Everything must improve and we must continue to grow. We want to demonstrate this in many different ways, from the teams we will be directly racing against, to the gap to the leaders, including also our fan base and the respect that our team will inspire in our way we behave on and off track.”

This season will see both the return of teammates Nico Hulkenberg of Germany and his Spanish counterpart, Carlos Sainz Jr. , who is on loan from Red Bull. Renault also has kept their future on tabs by acquiring two drivers from their Renault Driver Academy, British-Korean Jack Aitken as the third and reserve driver, and Russian Artem Markelov, who works in the test and development division.

Renault is a manufacturer that has a long and proud history in the sport. It was Renault with the Benneton sponsorship which broke the Ferrari/Schumacher domination of the sport in the early 2000’s. A long road back to those days.