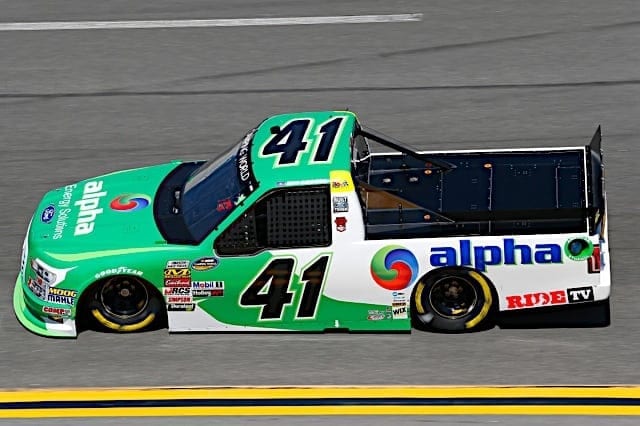 Rhodes and the No. 41 will each lose 10 points in the driver and owner standings.

Rhodes finished fourth in the opening race of the season. With the penalty, he drops to 16th in the standings with 23 points. Meanwhile, the No. 41 drops from seventh to 17th in the owner’s standings, also with 23 points.

Additionally, crew chief Eddie Troconis was fined $5,000 and suspended from the next CWTS event, which will be held this weekend at Atlanta Motor Speedway.

Rhodes is in his third season with ThorSport Racing. Before the beginning of the 2018 season, he reverted his truck number back to the No. 41 (his number in 2016) after running the No. 27 for 2017. In 2017, he won his first series race and scored six top fives and 12 top 10s, ending up fifth in the final standings. Troconis was also his crew chief in 2017 after Kevin Bellicourt helmed the pit box in 2016.

No other truck teams were named in the penalty report issued by NASCAR following Daytona.

The Truck Series is back in action on Saturday (Feb. 24) with the Active Pest Control 200 benefiting Children’s Hospital of Atlanta. The green flag waves at 4:30 p.m. ET, with coverage on Fox Sports 1.