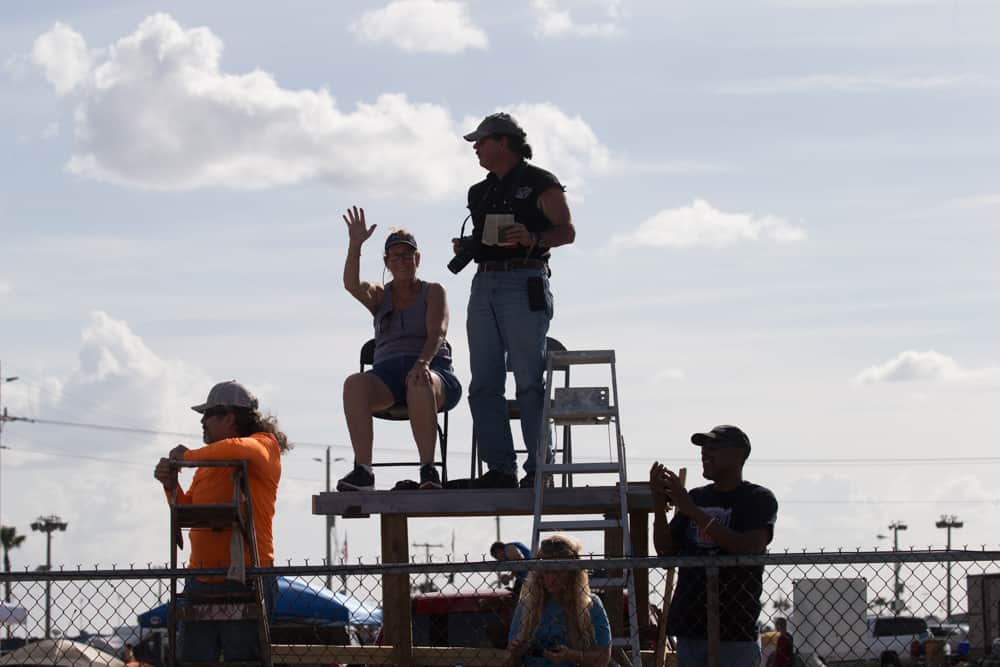 Bye Bye, Daytona. On to Atlanta

So thatʻs that.  Austin Dillon won the Daytona 500 and joins a rather peculiar list of drivers who enjoyed rather undistinguished careers but still hoisted that monstrous trophy.  Derrick Cope, Ward Burton, Trevor Bayne and Jeff Gordon can revel in their newfound company.

Kidding aside, Jeffie, Dillonʻs win brought a polemic of reactions that focused on whether or not he dumped Aric Almirola or merely nudged him aside.  Those types of discussions are ones with no winners and exist, seemingly, to fill space and encourage people to drink beer as a background to the arguments.

It doesnʻt matter, itʻs done.  The officials called no foul and Dillonʻs walking around with Champ tattooed on his posterior.

But hey, at least the race was interesting – especially as so many of the ʻbest drivers in the worldʻ decided that they should subscribe to asininity early in the race and made it home for supper.

Perhaps the most humorous thing to be embraced from the win was this, which has garnered 10k likes:

Thatʻs how to get the Happiness Is season started.

Happiness Is… Perspective.  In his column this week reviewing the Daytona 500, our Mike Neff touched upon the issue of race when discussing Darrell Wallace Jr.  His comment, perhaps easily overlooked, or perhaps not considered to its fullest, deserves more scrutiny.

His words: When the day comes that we stop qualifying Wallace’s accomplishments by the color of his skin, we’ll begin to start making strides.

Ugh.  Itʻs unusual for those of us at Frontstretch HQ to get all that bothered by other writerʻs perspectives, but this one deserves a moment of analysis, and the focus is not on Neff, but this kind of belief.

Letʻs first recognize that even though Wallace is of mixed ethnicity, heʻll never be coded as white.  That mere fact recognizes that the obstacles he has overcome to race in the series go beyond what many of his counterparts have done.  While that may seem to be one kind of statement, itʻs actually a testament to Wallaceʻs character to even have made it to Trucks or XFINITY, let alone Cup.

A second concern here would be that asserting Wallaceʻs heritage amounts to some kind of social justice warrior stance and that is a straw manʻs argument that holds no basis in critical thinking.  Being African-American should be something that is readily welcomed. To whit, consider that when the media recognizes many other individuals that aspects of identity are involved. In NASCAR, Alan Kulwicki is a prime example of identity being in play as it has been made all too clear that he was of Polish heritage, especially with regard to his Polish Victory Lap.  Consider also that both Sandy Koufax and Hank Greenberg both were known as Jewish baseball players.

Acknowledging diversity is a benefit, not something to be ignored.  In the case of Wallace, recognizing his background can bring notable positives, with the first being that African-American youth have someone to inspire and encourage their interest in the sport.  From a different perspective, itʻs possible that Wallace may open the sport to a segment of society that has seen NASCAR as being too white for their tastes.  Dismissing who Wallace is stands as a form of erasure and in the current status of this sport, with attendance and viewership in a questionable state, erasing anything is the last thing NASCAR needs.  Just embrace the fact that thereʻs a lot of different people that comprise this country and there is no problem mentioning the differences.

Happiness Is… Debates.  Once again, as usual, the story is being reiterated and recycled that everything is going to shit with NASCAR and that the viewership of the Daytona 500, a paltry 5.3, illustrates how the sport is f-ed.  If thatʻs the case, why are you still reading this article?  Last weekʻs “Happiness Is” already proclaimed that this writer is not to be read as worthy in comparison to the others at FS and may not have a clue.  But what if?

What if a 5.3 rating is still pretty decent?  Thereʻs no possible way.  The 5.3 is the lowest rating in the history of ratings when ratings rated Daytona 500 races.  That seems to be the consensus.  Consider again that NASCAR still pulled in 9.3 million fools to watch those fools circulate the track in Florida.  Perhaps a better restatement of that viewership total is that NASCAR still bested the NBA All-Star game, and had the Olympics not been on, would have ruled the proverbial roost.

NASCAR has all kinds of problems, from its engagement with fans, to myopic marketing, to a nepotism problem, to concerns about the sport is officiated, and then thereʻs the always debated playoffs or whatever it may be called this year – but the sport is still pulling enough eyeballs to make it a valid entity.  The question that accompanies all the ʻfansʻ who continue to focus on the sportʻs downfall: Would you prefer that NASCAR not exist at all?

Happiness Is… Launches.  While NASCAR holds a festival called media-week, where all the teams gussy up their drivers and the members of the media fawn over them and ask inane questions, Formula 1 takes a different path.  Rather than encourage the teams to do everything at once, there is a steady relaxed unveiling of the seasonʻs cars.  And in F1, the cars undergo more than just paint job upgrades (or downgrades, depending on your view).

Of course, the release of the updated rides for the year is just as laughable as it is in NASCAR but that doesnʻt mean that it doesnʻt serve to showcase that thereʻs reason to be excited that the F1 season is almost here.  Weʻve added to the F1 staff and will continue to be bringing the sport as best as we can.  As such, here are the Haas, Williams, Sauber, Renault, and Red Bull launches.  Enjoy.

No, we don’t want NASCAR to not exist. We want to beat Brian France over the head with these continually down trending ratings and attendance to show him just how much he’s effed it all up. It’s our way of saying, I told you so.

As for Bubba, he should get coverage when he does something notable,,, like finishing 2nd in the Daytona 500. At this point my opinion of his is favorable but if the media keeps jamming him down my throat just because he’s black, it will be a major turnoff that may change that opinion. Mike Neff is right. As long as the crutch of race (or gender) is used to justify someone’s worthiness to be in the sport, things will not get better.

“Would we prefer nascar not to exist at all”? Interesting question. No, I don’t think so. But do I think that it will ever be as important to me as it once was? No to that as well. But its as interesting for me to keep up with its decline as it is its championship. Pretty sad commentary on where I’m at with it.