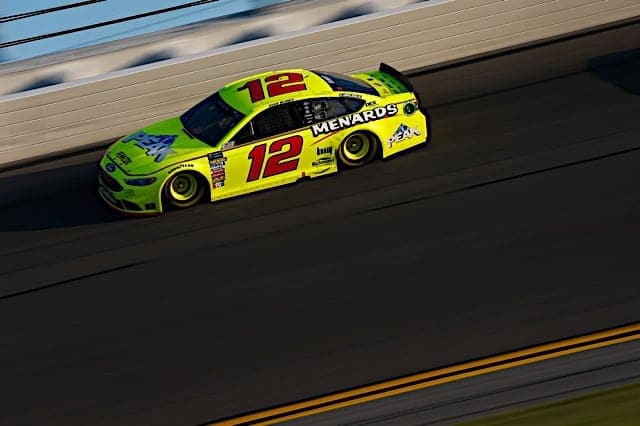 Here’s a new one for you: Austin Dillon, Daytona 500 champion and the first victor of the 2018 Monster Energy NASCAR Cup Series season, is not leading the Cup point standings entering Atlanta Motor Speedway this weekend.

In fact, he’s not even second.

Weird, right? Well, thank the Cup Series’ ever-changing points system, which really first allowed for such an occurrence in 2017 with the introduction of stages and, as a result, stage wins. But even then, 2017 Daytona 500 champ Kurt Busch left Daytona International Speedway atop the standings, having amassed 56 points while in Daytona to second-place Ryan Blaney‘s 44, so it’s unlikely many people thought much of it. The points leader was the race winner. Things were as they usually were.

It’s even possible you’re reading this right now and were previously completely unaware that Dillon isn’t the points leader. Did he win the race? Yes. Is he the only driver currently part of the 2018 playoffs, barring more than 16 different winners? Again, yes, and to an extent, that’s all that probably matters to Dillon and co. at this very moment — aside from, you know, winning the season’s biggest race on the 20-year anniversary of Dale Earnhardt’s original victory in the No. 3. That little tidbit.

Instead, Dillon sits tied for third entering Atlanta, astride Darrell Wallace Jr., who finished runner-up at Daytona. That’s right — the race winner and the second-place driver have the same amount of points — 47 — exiting Daytona. And they’re not even leading the standings.

That distinction belongs to Blaney, who clocks in at 58 points. His closest competitor, Team Penske teammate Joey Logano, comes in at No. 2 with 50 points.

Here’s why this is the case. Remember that stage points are awarded twice during the race — at the end of stages one and two. Blaney got 30 normal points by finishing the race sixth, but he also won stage two — add 10 points there — and finished third in stage one (add another eight). That’s 48 total points earned in the Daytona 500, which on its own is already six more than Dillon’s 42-point total (40 for winning the race, two more for ending up ninth in stage two).

But then that doesn’t even take into account points accrued from the Can-Am Duels, which, yes, is now a points-paying thing. This year, the top 10 in each Duel got points for their finishes, with both of the winners getting 10 points and the 10th-place finishers getting one each. Since Blaney won the first Can-Am Duel, he gets 10 additional points. Boom, 58.

Meanwhile, Dillon didn’t come away empty-handed from his own Duel, finishing the second one in sixth place to earn five extra points for 47 total.

Their Duel results are how Logano passed Dillon and how Wallace equaled him, too. Logano placed second to Blaney in the first, adding nine points as a result, while Wallace scored an extra eight by finishing third in the same Duel.

Luckily, this is the only time where it’ll be this bewildering, since NASCAR doesn’t (er… currently) have heat races preceding its other events throughout the season, the qualifying races at Eldora Speedway in the Camping World Truck Series excepted. You’ll still have the stage points to pay attention to, but at least those are slightly easier to keep track of.

Key word is slightly, right? Who knows, maybe in five years this will be so second-nature to NASCAR fans (and it probably already is to some, given the point system change last year) that no one will even bat an eye when the Daytona 500 champ doesn’t enter the second race as the points leader.

Or we’ll just have a whole new system to try to keep track of. Take your pick.

It certainly is counter-intuitive to have the winner of the Daytona 500 not be leading the points but I think a lot of fans have tuned out to caring about points (at least until August). First off, as mentioned, with the stages it takes real effort to figure everything out each week. Second, since a win gets you into the playoffs regardless of points (for the most part), why bother worrying about them until they matter. They don’t matter to much until you realize how many spots will be open for non-winners in the chase.

Maybe one of the reasons people dont care anymore is the obsession with points. After one race the only reason to mention points is there is nothing else to talk about.
Remember the days when we could argue about spoiler heights for the different makes? Sure was more fun than talking about points.

Russ,
I’ll just say this. Until they started the win and your in deal, I watched and counted points all season. After every race I’d go see the points standings. Once the chase berths were reliant on wins first and points second, I kind of stopped caring. Sure the media continually talks about it, but that doesn’t mean I care.

Bill B.
We can differ there, which is good. I never really gave points a thought. The winner of the individual races was what mattered.Back in the day, and I’m talking mid 60’s everybody knew Petty was going to win the championship but nobody really cared.
The championship just became important, IMHO, when Nascar decided that they needed to give people to talk about during the week. Now however I think it has backfired on them because it has become just noise.

I don’t think the 3 team cares right now about being 3rd in points. They have the big trophy and the automatic ticket to the playoffs. Right now, those are a lot more valuable than points.

36 cars took the green flag at Atlanta. That’s not healthy