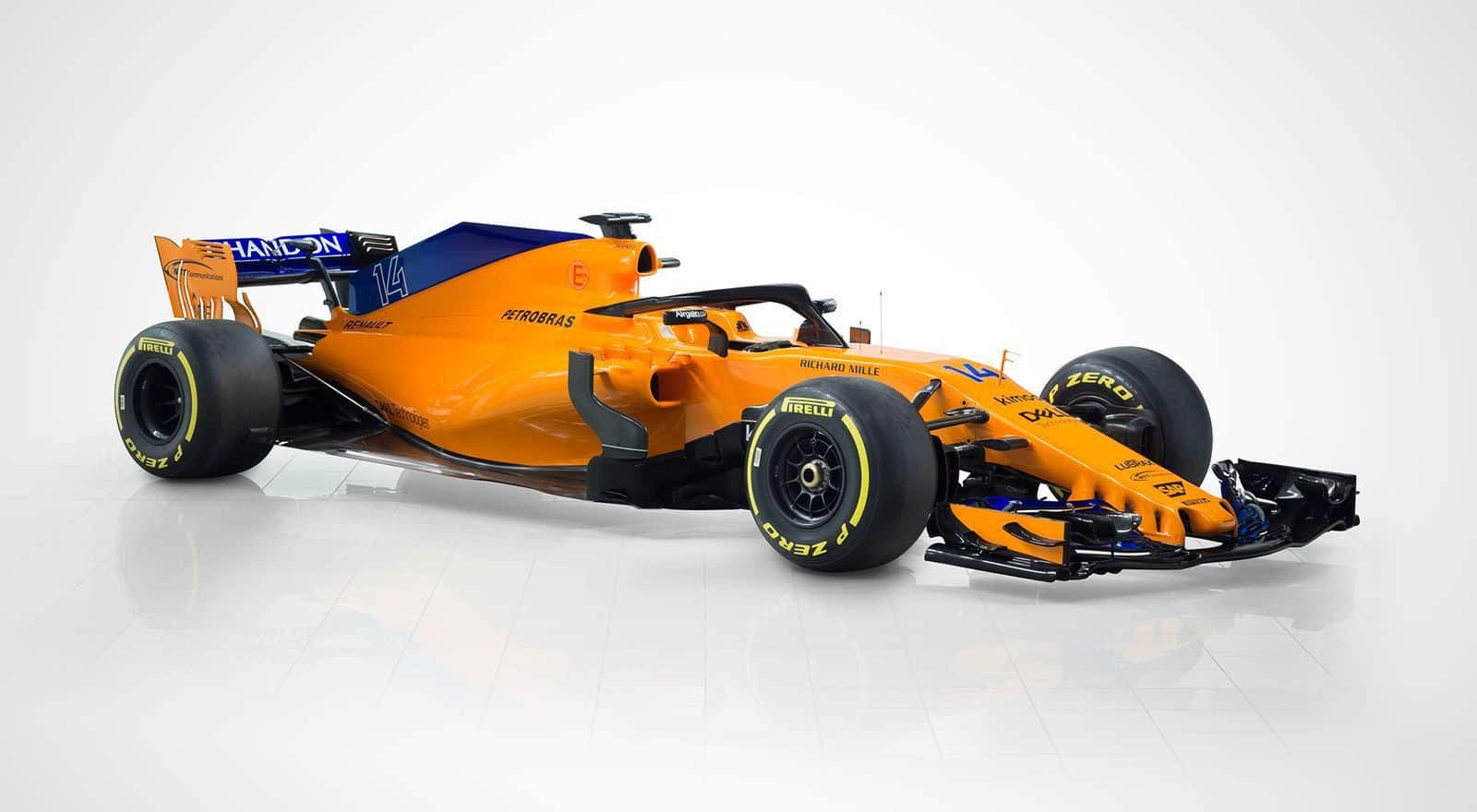 McLaren unveiled the MCL33 for their 2018 season (image: McLaren)

McLaren International rolled out their new challenger for 2018, the MCL 33, in front of motorsports journalists Friday Morning, Feb.23, at the Navarra Circuit in Spain with the hashtag #BEBRAVE.

For the last three seasons, the team had trusted the Japanese Honda Corporation to supply an engine that would have them move up the ladder in the sport. However, the results with both Fernando Alonso and Stoffel Vandoorne were unsuccessful, due to reliability issues and the Honda system only putting out very little power in comparison to their rivals.

But the midpart of the season had McLaren looking for another engine partner, and in an insane deal that saw Honda going to Toro Rosso, and Carlos Sainz remaining at Renault, and McLaren getting their hands on the popular French power plant, the team now had something new to work with.

The new entry is equipped with an engine that is wholly mounted on the car, making the rear end of the chassis much different, in comparison to the Honda powerplant, which needed space to mount their fuel tank. Finally, Renault ‘s engine is much cleaner as compared to the Japanese engine, which is something that McLaren will have to learn when they take it out next week in Spain.

As last year’s model is concerned, the MCL 33 is nearly the same, but the car is steeply raked, with a high rear end and a nose- down situation in the front. Because of the new rules, the team only has two barge boards and is missing the S- duct in the nose, which was visible last season.

Along with the basic technical situations, the team has made their livery Papaya orange, along with blue trim. Besides the emergence of the Renault engine, Brazilian oil company Petrobras has joined the sport again, following their sponsorship with Williams a few years ago. American computer giant Dell also has contributed their assistance to the squad.

If anyone is feeling apprehensive about the car, it is Alonso, who is very excited about the project. But following last season’s failure of the works Honda team, Alonso would like to see how this season’s car runs, despite still a few days to go before the first test.

“My winter has felt somewhat shorter than usual, as I’ve already been in the cockpit for a 24-hour race, and several sports car tests!” Alonso exclaimed on the McLaren web site. “I’m really looking forward to getting behind the wheel of a Formula 1 car for the first time in three months. “Looking at our new car, I feel incredibly excited – but also apprehensive. I know just how important this car is to the team, and I just hope that it delivers in the way we all want it to. If we’re able to develop the key strengths of last year’s chassis and marry it to an improved Renault power unit, then I think we’ll be able to take a step forwards. The car certainly looks very neat and well thought-out, and I think the new color looks really great; really eye-catching.

“I just want to get behind the wheel now!”

Guess its nice that they are returning to the original colors that were used when the company was founded. However I suppose most people are interested in seeing how this time with Renault power fares compared to Torro Rosso with Honda power.