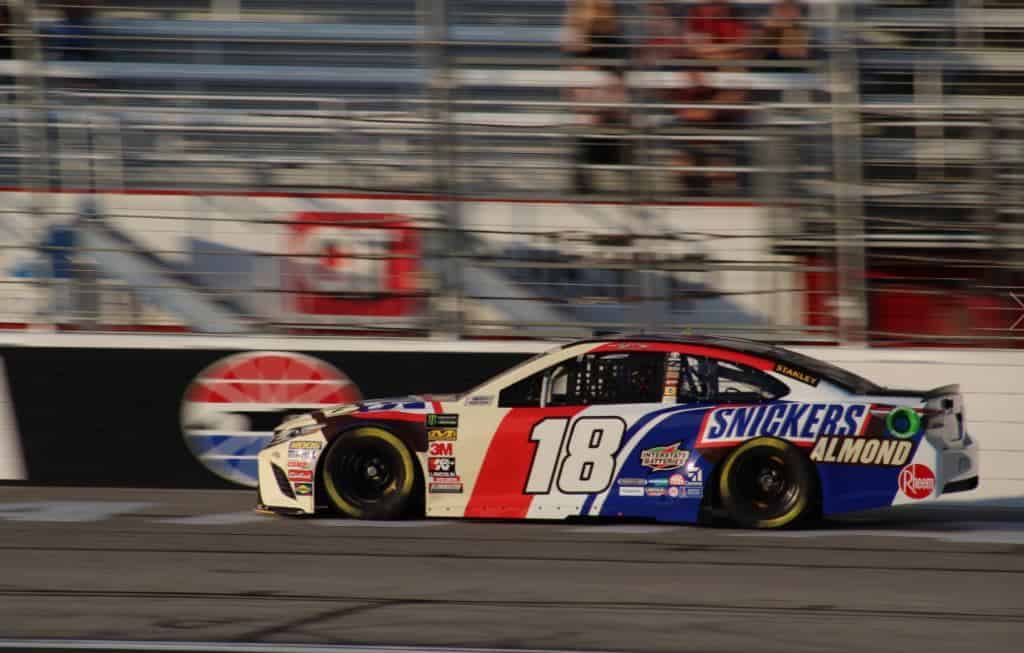 Kyle Busch will lead the field to green in Sunday’s Monster Energy NASCAR Cup Series Folds of Honor QuikTrip 500 alongside Ryan Newman. Busch’s 184.652 mph (30.024 sec) lap was fast enough for his 28th career pole and his first at Atlanta Motor Speedway. The pole comes two years after Busch’s qualifying time was thrown out for failing inspection in 2016.

“It feels good,” Busch said. “Qualifying up front at Atlanta is important because it’s so hard on tires that you don’t want to have to come from behind and pass a lot of cars. You want to kind of want to take care of your stuff from the onset of your race and be able to keep the tires under you for the entirety of the 500 miles. Having to come from behind is harder than protect the position you have already gained.”

Ricky Stenhouse Jr., who led the lone practice session today, will start sixth. Kurt Busch and Kyle Larson fill out row four, while Clint Bowyer and Erik Jones round out the top 10.

Notable drivers who failed to make the second round include the Daytona 500 Champion Austin Dillon, point leader Ryan Blaney and Chase Elliott. The trio will start 25th, 26th and 27th, respectively.

“I think I’m ready for a nap. It’s been a long week,” Dillon said after he failed to advance. “But our DOW Chevy is fine. We started 19th here last year and were running third when our alternator went out. So, I’m really excited about this place. It’s a long run track and qualifying really sets you up a little bit for pit stalls and stuff like that, but we’re all good. We’re locked-in right now and we’ve just got to go to work tomorrow in our practice session and see what we can do. (Ryan) Newman is fast and that’s good to see and to work off of our teammates.”

Two drivers did not turn a lap during qualifying. Harrison Rhodes, whose team struggled with electrical issues and getting through technical inspection, will start 36th on Sunday. Meanwhile, defending series champion Martin Truex Jr. will start 35th after his No. 78 Toyota failed pre-qualifying inspection three times. As a result of the failure, car chief Blake Harris has been ejected from Atlanta Motor Speedway for the remainder of the weekend.

Far cry from the 197 that Geoff Bodine posted years ago