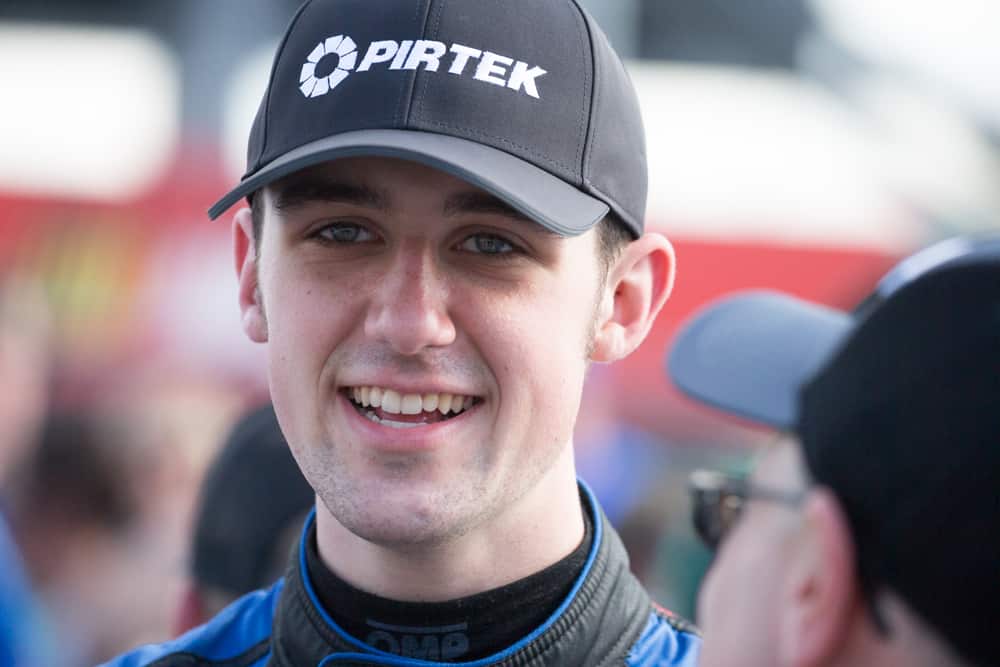 After only completing ten laps last weekend at Daytona, Austin Cindric put on a veteran performance in Saturday’s Rinnai 250. The strong run resulted in his first career top-10 finish.

It wasn’t easy for the driver of the No. 12 Fitzgerald Glider Kits Ford Mustang. But Cindric backed up a top-10 starting spot with a quiet, consistent seventh-place result in the race.

“I think today was a perspective changer,” Cindric said with an exhausted look on his face. “I don’t know how those guys do it on Sunday. For 500 miles, I did half of that. Definitely go back to the gym and make sure I’ll be ready for that one day.

Cindric, of course, was referring to his early wreck in last Saturday’s 300-miler that left him dead last. This week was much better, switching from Roush Fenway Racing to a second Team Penske car on second with Joey Logano as his teammate. Logano, who has seen his fair share of experience at Atlanta, had the young rookie clinging for advice at any opportunity.

“I talked to Logano every moment he was in the XFINITY garage,” the teenager said. “Obviously, he ran pretty well today and I would like to see myself running just as well. It’s a learning curve and I gotta figure out the next steps from here.”

With the seventh-place result, Cindric moved up to 14th in XFINITY Series points. His schedule, split between multiple teams returns to the No. 60 of RFR in the next three events.

“We have west coast races with the No. 60, so excited to see what we can do there,” Cindric said. “We’ll try to get some good cars and try and run in the same positions.”