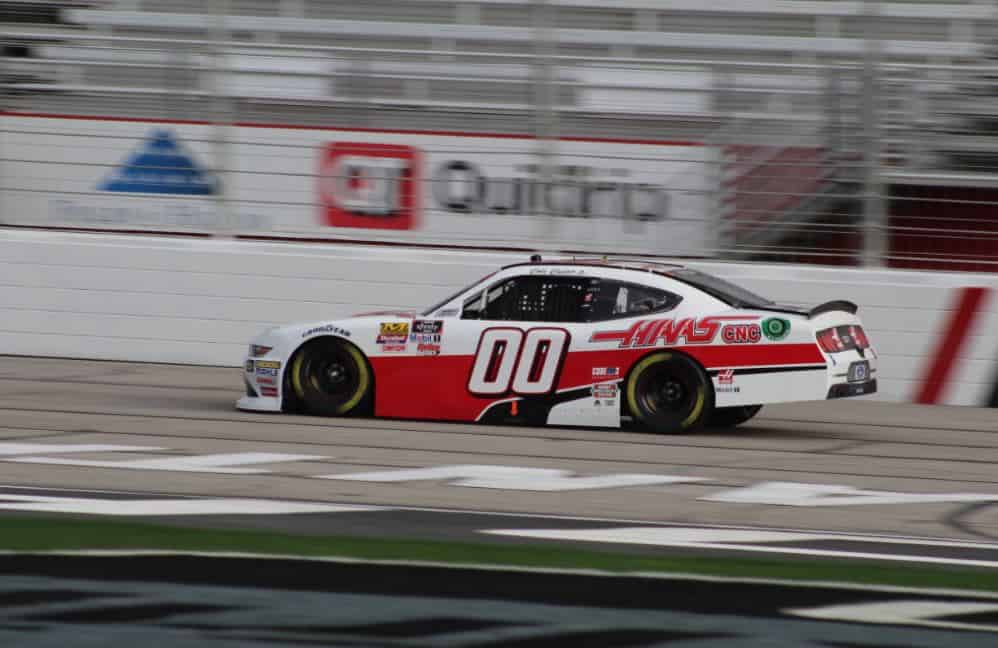 Cole Custer’s day in the NASCAR XFINITY Series Rinnai 250 at Atlanta Motor Speedway came to an end shortly after it began Saturday afternoon. Just 12 laps in, contact from John Hunter Nemechek, who made his series debut, sent the driver of the No. 00 Ford hard into the outside wall. The terminal damage relegated Custer to a 39th-place finish.

“I was just kind of biding my time there trying to save my tires and I don’t even know exactly what happened,” Custer explained after he was released from the infield care center. “I just got hit going down the straightaway and got wrecked from there. It kind of sucks because I thought we had a pretty good car. I just don’t really know what else to do.

“We just got collected in something and there’s not much we could do. We’ll go on to the next one.”

Nemechek and Custer had a previous dustup in the NASCAR Camping World Truck Series at Canadian Tire Motorsports Park, however the replay makes it clear that Nemechek was hit by Elliott Sadler, who had a strong run in the outside lane, sending him into Custer.