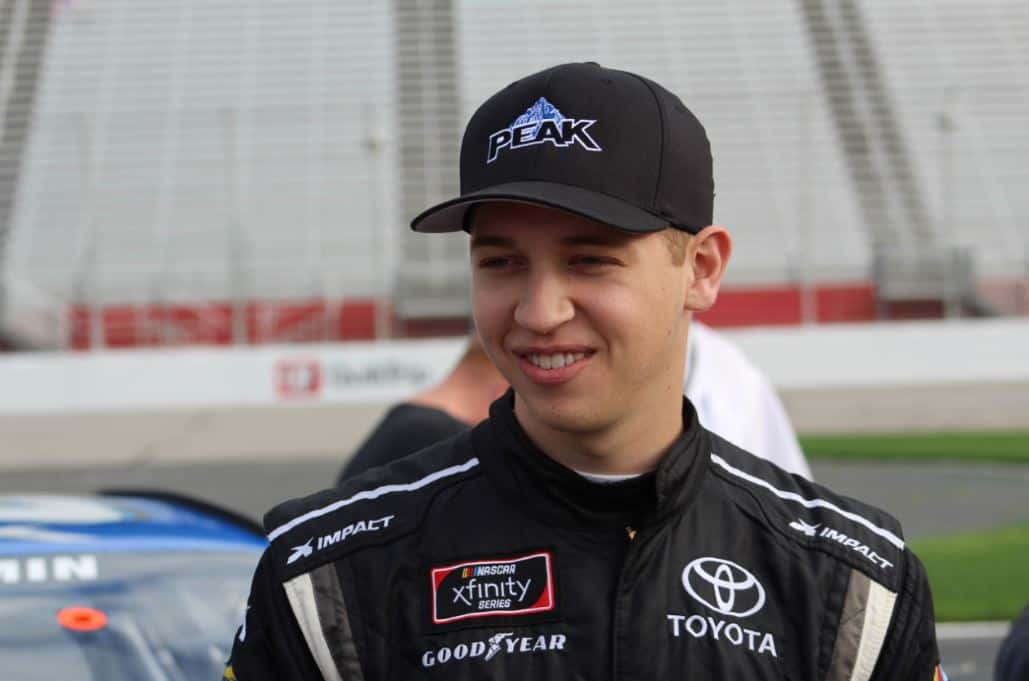 For the first time in 2018, NASCAR fans got a taste of Kyle Benjamin.

Benjamin made his season debut in the NASCAR XFINITY Series at Atlanta Motor Speedway on Saturday (Feb. 24) in the Rinnai 250.

The young driver from Easley, S.C., earned his second top-10 finish in his sixth career start, five of which came with the team in 2017.

The trip to Atlanta was his first, though, and it was challenging at times. As such, Benjamin took notes for future events — both for Atlanta and similar speedways.

“I felt like it was a decent day,” Benjamin says. “I was shooting for a top five and hopefully a win, obviously, coming here. I feel like I learned a lot to carry over if I ever get the chance to come back here.”

The rugged surface played games with the Joe Gibbs Racing driver, presenting a new challenge with an empty notebook.

“One problem I had was I didn’t really know what to look for in the car, because I have never raced here before,” he says. “It’s a good experience, especially for future mile-and-a-halves and for especially coming back here.”

The next scheduled race for Benjamin with JGR will be the July race at Iowa Speedway. No other races have been announced for Benjamin in any of the NASCAR national series in 2018.