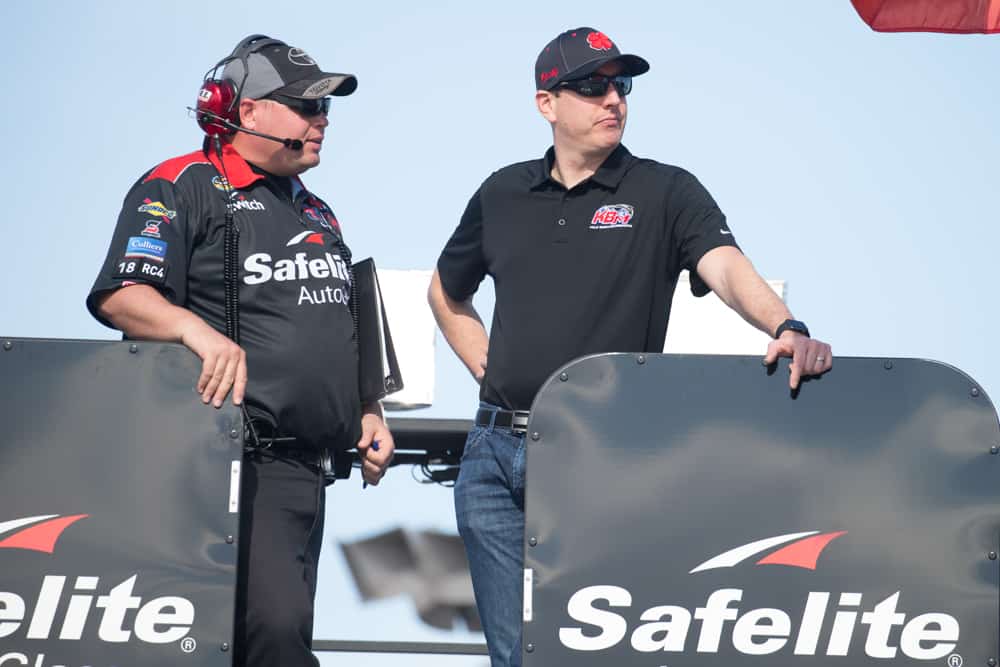 Kyle Busch will lead Saturday afternoon’s NASCAR Camping World Truck Series Active Pest Control 200 field to the green flag alongside veteran Matt Crafton. The driver / owner of the No. 4 Toyota led both rounds of qualifying Saturday morning to score his 19th career Truck Series pole and only his second at Atlanta Motor Speedway.

Travis Kvapil and Scott Stenzel both failed to post a lap during the first round. Stenzel made the field on owner’s points, while Kvapil and Tim Veins will not race.

In nine previous starts at Atlanta, polesitter Busch has four victories, though none have come behind the wheel of KBM equipment. In fact, last year when Christopher Bell started on the pole and won the race was the first time the organization found Victory Lane at the 1.5-mile oval.