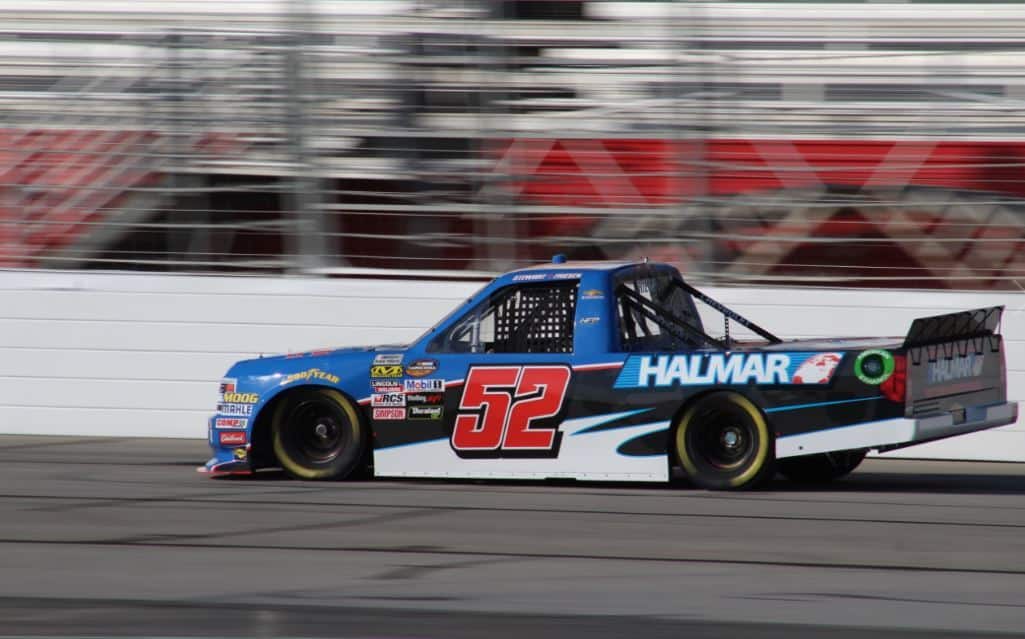 Stewart Friesen entered the second race of NASCAR’s Camping World Truck Series season with redemption on his mind. Last weekend at Daytona, Friesen was running up front a majority of the night and developed into a surprise contender. But 72 laps into the race, he was collected in a crash that ended that season-opening run a bit early.

As the series moved on to Atlanta Motor Speedway, the No. 52 team tried to hit the reset button. And, luckily for the driver of the We Build America Chevrolet, they were up to the task. Friesen capped off a strong weekend with a sixth-place performance. The quiet, consistent run was the sixth top-10 effort of his career.

“We were solid,” Friesen said when asked about how the race went. “We were a fifth-to-tenth-place truck, I felt like. We had a mistake on the first stop that cost us a ton of track position and it took all race to make that up. It wasn’t very good in the dirty air but I am happy. To have a strong truck last week at Daytona, then come here and get a sixth out of it. We can’t wait to get to Las Vegas, we have a brand new truck for that.”

Friesen enters Las Vegas Motor Speedway next weekend for the third time in his career. Last season, Friesen crashed out of the event while in 2016, he finished 19th.