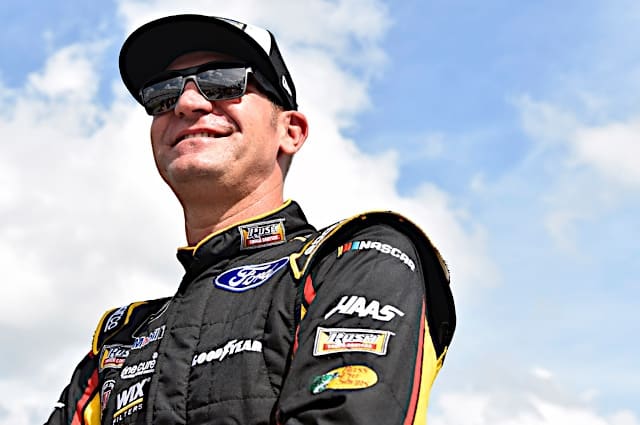 After starting ninth, the driver of the No. 14 Ford was one of three Stewart-Haas drivers to finish inside the top 10. Aside from race winner Kevin Harvick, teammate Kurt Busch ended up eighth. The three of them, along with fourth teammate Aric Almirola ran inside the top 10 for the majority of the race, while Almirola ultimately settled for a respectable 13th-place finish.

“It means a lot. Just really excited for everybody involved. It’s really cool to have all four cars running good. It feels good to have a podium finish, I mean obviously we need to be better to run with Kevin but It’s a step in the right direction for sure.”

Bowyer, along with many other drivers, took note of the winning method to use in future races at Atlanta.

“He was just crazy fast, this place he has pretty much found out,” when asked about Harvick’s night. “He was just strong on both sides of the run, he can take off fast early and shine on the ending too. He has that bottom found out there in one and two and that’s the deal, I can’t seem to get through there.

“I have to run high to make some ground and not abuse my tires. I think if you’re going to be good here, your going to need to find out how to do that.”

The rugged surface wasn’t the only point of concern for drivers. Mother Nature was a threat the entire day with a rough forecast during the entire week leading into the race. The potential for approaching rain played a hand in the race in multiple different ways which ultimately built many different strategies during the race.

“This mother nature is a race fan I guess,” said Bowyer. “It was neat to see this today and to be able to get this in. The weather guy was Debbie Downer, he didn’t win this time.”

It was nice to see Clint do so well in Atlanta. I hope he has a great year!