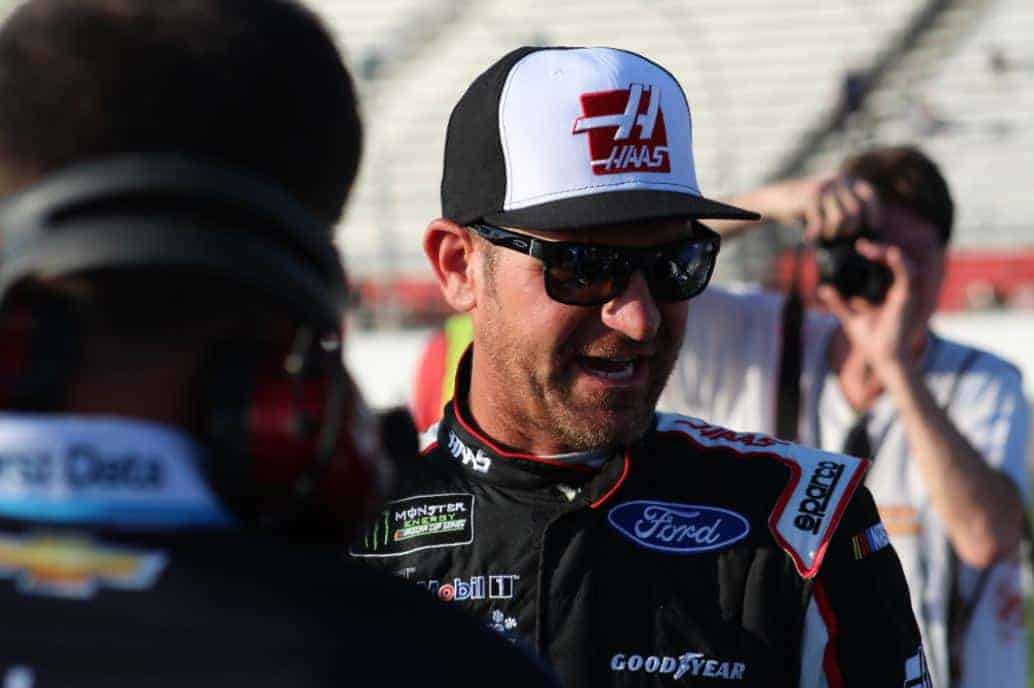 When Clint Bowyer last won a Monster Energy NASCAR Cup Series race, Jeremy Lin was a budding NBA star for the Knicks, a presidential election was weeks away and Brad Keselowski was well on his way to winning a Cup title.

To say the least, things are quite different in 2018.

Bowyer is now competing at Stewart-Haas Racing for the second straight season. As Tony Stewart’s replacement in the No. 14 car, he missed the playoffs in 2017, though he did earn respectable results in his first year back in top-tier equipment following the downfall of Michael Waltrip Racing and a year at HScott Motorsports.

Now, with a strong start to his sophomore year with SHR, Bowyer’s expectations should be high.

On the other side of the grid, though, things are less clear. Controversy is hitting the back portion of the Cup field in a public fashion, with BK Racing team owner Ron Devine getting in quite the predicament. My colleague, Dustin Albino, has spent the better portion of the last few months covering this extremely complicated story.

Legal stuff is no fun unless you’re getting paid the big bucks for it. But in this case, it could eventually lead to a Cup team’s doors closing. If that were to happen, the future of the No. 23 team would certainly be in doubt.

Q: Do you see Clint Bowyer back at SHR next season? – Zach C.

A: I do see Bowyer back at SHR in 2019, and possibly longer than that.

Bowyer’s personality is unique, one almost similar to Stewart’s in the sense that he “gets it”. He gets that someone needs to speak up when NASCAR messes up and that there are just some things that need to be done in order to make the sport as great as it should be.

While the 38-year-old isn’t getting any younger, he is still productive on-track. That sounds crazy considering he hasn’t won since 2012, but let’s look at the numbers.

Bowyer won a career-high three races that year, his first with MWR at the team’s peak. In 2013, he came close to winning multiple races in what was an average year for him at the time. He had an 11.9 average finish thanks to 10 top fives and 19 top 10s. Of course, there was the infamous spingate controversy, one we won’t be going into because it’s irrelevant after this much time has passed.

His descent in the standings started the next year when the organization began losing a little bit more of the speed it once had. Bowyer had what he thought was an awful 2015 season, finishing 16th in the standings with only a pair of top fives. But 2016 was as bad as it could get.

He tried being like Kasey Kahne, who went to Red Bull Racing for a year prior to joining Hendrick Motorsports. It was essentially a step down to go a step up. But man oh man was it a step down for Bowyer.

The HSM team, even with some help from HMS and SHR, struggled mightily on the racetrack. Bowyer made the No. 15 car slightly better than it had run with predecessor Justin Allgaier, who drove the No. 51 entry for two years. He earned three top 10s, barely enough to keep his head held high entering his new tenure at SHR.

Then, he walked into a revamped SHR, one that began the manufacturer swap from Chevrolet to Ford, with new engines and chassis to go along with it.

Bowyer’s first year at SHR wasn’t too bad considering he had not been in stellar equipment since 2013. But then again, it wasn’t great. He entered 2017 with the expectation of winning, and that didn’t happen. Now, in his second year with the team led by crew chief Mike Bugarewicz, Bowyer is determined to win.

Should he not re-sign with SHR, there probably won’t be many lucrative offers on the table. If he can’t win races at SHR, could he get the job done at all?

But Stewart adores Bowyer, and so does the rest of the team. While sponsorship might not be there for the entire year, there is still money coming in thanks to the No. 14 team. In 2017, Haas Automation, run by SHR co-owner Gene Haas, sponsored the team in 19 contests, with a combination of six other companies placing their logos on the entry.

Expect Bowyer to know whether or not he will be back at SHR in the coming months. By then, he’ll know whether he has what it takes to get results. Just remember, XFINITY Series sophomore Cole Custer is getting his feet wet in the Cup Series this coming weekend at Las Vegas Motor Speedway, and he could very well replace Bowyer or veteran Kurt Busch.

Q: What’s going on with BK Racing? I’m not familiar with legal terms and a lot of dates and menacing phrases are floating around. – William S., Wisconsin

A: This is one complicated situation, so we’re going to make a timeline here to help everyone understand the events surrounding BK Racing since last year (avoiding everything from its inception in 2012 to 2016).

Of course Clit will be back at SHR. What other driver will take one for the team and purposely spinout to change the outcome of the race so their teammate and organization can benefit.

cole will go to the 41, if there’s sponsorship next year. i don’t see kurt being with stewart haas after this year.

I think he’ll be gone for a cheaper (younger) driver.

It pisses me off when the media downplays what happened at Richmond a few years back. It will never be irrelevant in my eyes. In any sport if you attempt to manipulate the outcome of an event you are banned from the sport. But not NASCAR. Now it can never be proven that Clint spun out on purpose and personally I never thought he did. I thought it was nothing more then a coincidence when it happened. But the orders to pit for Vickers were an obvious attempt to fix the race. Now look what ensued. NAPA, a top sponsor temporarily left the sport, Boyer and Truex almost had their careers ruined and David Reuutiman did lose his Cup career. And the leader of the entire conspiracy is a broadcast media darling. No it’s not irrelevant in my eyes.

The sport has reached a point that drivers are no longer in the driver’s seat, pun intended, as far as careers go. Kenseth is proof positive of this. Team owners are now vying for cheap youngsters. And there are plenty of them out there. This has put the vets in a precarious situation. Ask Kasey about it. I always liked Clint primarily because he was like Carl Edwards, or vice versa. They seemed to be the only drivers that truly were having fun and enjoying the sport. I know he spoke out occasionally and god forbid that he got mad at Jeffie after being intentionally spun out but Clint has always been a delightful interview. Unnfortunately the sport has reached the point that being a good driver has taken a back seat to money when it comes to getting a ride. We just witnessed that over the last five years. Tony gives me the impression that he is loyal to those around him and appreciates talent. In those respects I think Clint will be ok for the foreseeable future. If the first two races are any indication SHR appears to be headed for a great seasons. This will bode well for Clint. I wish him the best.

Clint, Aric and Danica all have the same Cup win record for SHR. And the record will remain the same in Homestead.