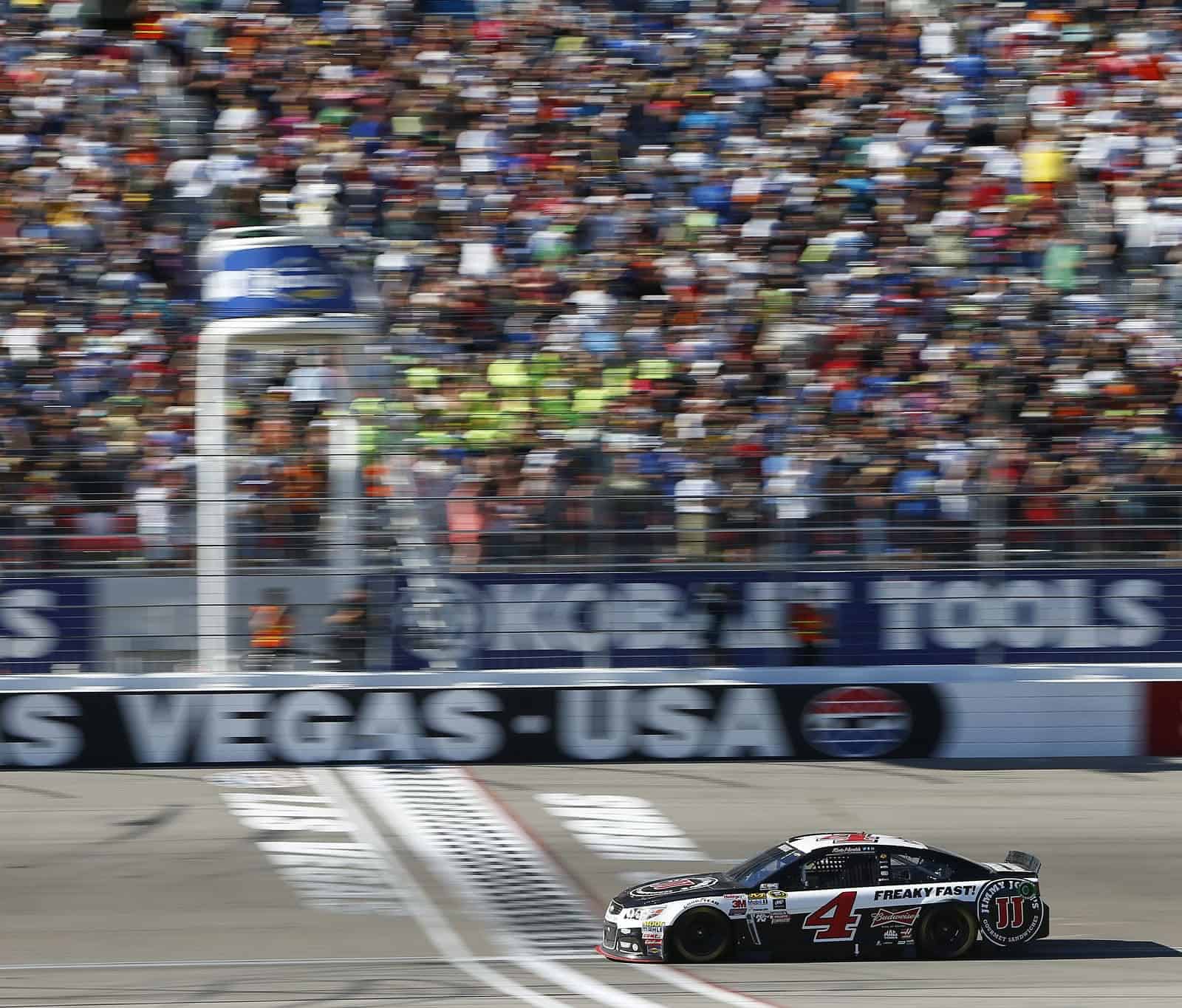 That’s the number of drivers who have won a Cup Series race on a 1.5-mile track since 2000, encompassing the careers of every active winning driver. It might seem like a lot, but that’s over the course of 151 total races. That includes just 13 active drivers. When you break it down to that number, it becomes clear how difficult it is to win on the tracks that populate NASCAR’s top series the most. It speaks to the skill of those drivers, sure, but it also speaks to the expense of the sport as those tracks are the most difficult (and expensive) to dial in a car for.

Will we see No. 30 this weekend? It’s possible but unlikely. Most of the big players are already on the list of intermediate winners. It’ll likely take fuel mileage or some other strategy race to make it happen.

Breaking down those 1.5-mile numbers further, Jimmie Johnson has set himself far apart from the field, which is probably small comfort after a terrible performance at Atlanta. Still, his 23 wins on the cookie-cutters are more than double the number of the next active driver on the list, Kevin Harvick, who has 10 including Sunday’s victory at Atlanta.

Johnson’s total is the same as Nos. 16-29 on the list combined. Even in the longest winless drought of his career, he still enters the conversation as a favorite at the intermediates every time out, simply because he’s been so much better than everyone else. He’ll have to find lightning in a bottle to post his fifth win at Vegas, but you still just can’t quite count him out.

With an eighth-place average start and 10-place average finish, you might guess these numbers belong to Johnson, or to one of the four other active drivers to post wins at LVMS but you’d be wrong. Joey Logano leads all active drivers in both categories despite not posting a single win in Sin City.

There are drivers with more top 10s than Logano’s five at LVMS, but all of them have more races at the track. If we’re going to see a sixth different winner among active drivers, Logano is probably the best bet to do that on Sunday

That’s the number on the entry list for this weekend’s race.  It’s one better than Atlanta, but still below the maximum field of 40. NASCAR considers the field full as long as all 36 charter teams show up, but is it considered a “healthy” field? That depends.

It wasn’t terribly long ago that 45 or more teams regularly showed up for what was then a 43-car field. Qualifying was important because someone was going home. The sport was growing, and lots of people wanted to be a part of it, including sponsors. But as the cost skyrocketed and the water-cooler trend dwindled, it became increasingly difficult for new teams to enter the sport or for smaller operations to survive, let alone be competitive.

From that perspective, the smaller fields are worrisome and NASCAR should be looking for a solution sooner rather than later. Cost-cutting measures like spec air guns or fewer crew members on a pit stop might seem unfair to teams who built an advantage, but to small teams and anyone thinking about entering the sport, that’s one less expense.

On the other hand, more cars don’t necessarily make for a better race. It wasn’t long ago that there were only 36 cars on the short tracks because more, when many were not competitive, simply got in the way of those racing for top spots. There don’t need to be 40 cars on track to have a good race. If you’re watching on TV, you won’t see 40 cars covered even if there are that many running.

If it’s truly about quality over quantity, the sport isn’t suffering simply because of car counts.

There are a lot of young, talented drivers in the Cup Series who are hungry for that first trip to Victory Lane.  But if history is any indication, they’ll all probably have to wait another week. No driver has scored their first career Cup win at Las Vegas since the track was added to the schedule in 1998.

Chase Elliott was third at LVMS last year and is probably the most likely to buck the trend, but he’ll have all 13 active 1.5-mile winners to get through on the way. There’s a first time for everything but Las Vegas likely won’t be the time to snag that starter win.

The Johnson number tells you all you need to know as to why Brian put all those mile-and-a-half tracks in the chase during Johnson’s “Championship” years.

Darrell Wallace SR is white, so JR s not black, he is biracial. The black mother & sister were on tv, a lot. But Fox and NASCAR didn’t want a white father on tv. Better to play the minority game. Come on Amy, step up and call it like it is. Not one story with a picture of Wallace sr has been printed. WHY ?????