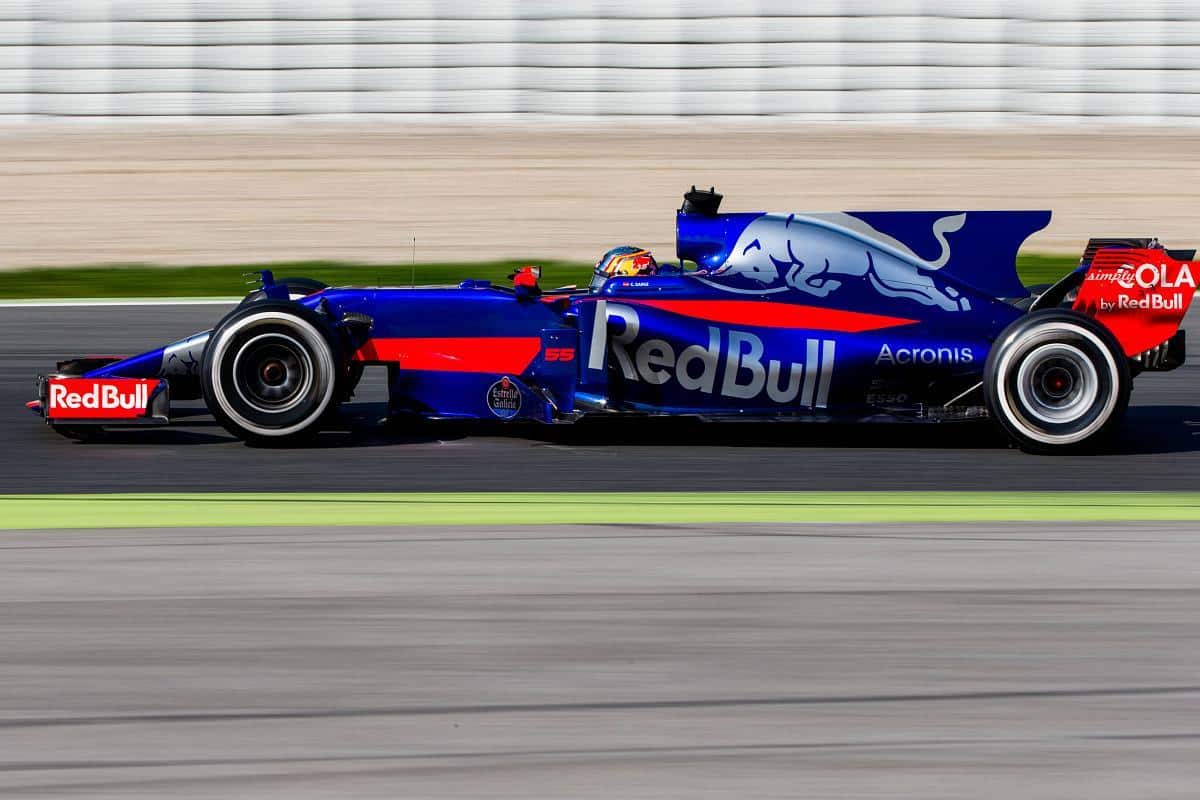 Scuderia Toro Rosso introduced their STR 13 challenger Monday morning, February 26, just a few minutes before the start of the 2018 Formula 1 pre-test season at the Circuit de Barcelona-Catalunya in Spain.

Already working on their wet tire set-ups just a week ago at their filming day in Misano, Italy, the Italian-based team will be the only squad with Honda engines, a deal last year that had them using Renault before switching with McLaren to land Japanese power. The car itself will use the same livery as it did in 2017.

The team will feature the same drivers that it did late last season, as Frenchman Pierre Gasly will be joined full-time by the 2017 24 Hours of Le Mans winner Brendon Hartley from New Zealand. Team Manager Franz Tost believes that this change of manufacturer and two fresh new drivers will motivate the team to move up the ladder even more in 2018.

“I am really looking forward to begin this new season and enter a new era for our team, working together with Honda,” Tost told Formula1.com. “It’s an exciting time for Toro Rosso because we have not had our own engine supplier before, so to partner with a manufacturer, with the history Honda has, will be great.”

The Scuderia Toro Rosso team could have a great partner if they take their time with the Japanese giant. Honda has been in F1 for decades, off and on. Over the years, Honda has served as an engine supplier (most notably to McLaren in the late 1980s and early 1990s) and as a works team. The most recent Honda factory team was sold to Ross Brawn after the 2008 season and became Brawn Grand Prix.  Jenson Button won the World Championship with the team in 2009 before it was purchased by Mercedes.

More recently, Honda returned to F1 at the beginning of 2016 as an engine supplier to McLaren.  McLaren has shown speed at times, but engine reliability and overall power has been suspect.  Scuderia Toro Rosso is hopeful that the new Honda power will get them squarely into the midfield battle.

Of course what everyone will be doing is comparing Torro Rosso and MacLaren. Each with a new engine supplier this year, so which one made the right decision?

Well for mclaren it can not get any worse

Remember they got decent, surprisingly after they announced the split with Honda. I personally found that very odd, but go figure. Yet one has to wonder did they lose the plot when Ron left?