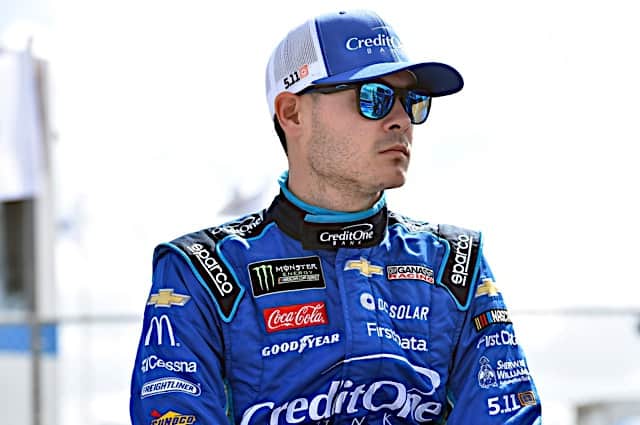 The Monster Energy NASCAR Cup Series took to the track Friday (March 2) for opening practice in preparation for Sunday’s Pennzoil 400 at the Las Vegas Motor Speedway.

Kyle Larson posted the quick time of the initial round on the 1.5-mile oval. His Chevrolet Camaro topped the charts at 190.658 mph, just ahead of the Stewart-Haas Racing Ford of last week’s winner, Kevin Harvick. Rounding out the top five were Paul Menard in the Wood Brothers Ford, Joe Gibbs Toyota driver and Las Vegas native Kyle Busch and Hendrick Motorsports rookie William Byron.

The track was buffeted by strong winds as the teams worked to get their cars dialed in for the race. Gusts well over 50 mph were reported, and winds were steady over 20 mph, but practice concluded without significant incident.

With two more practices Saturday after qualifying, most teams were focused on trying to turn a fast lap.