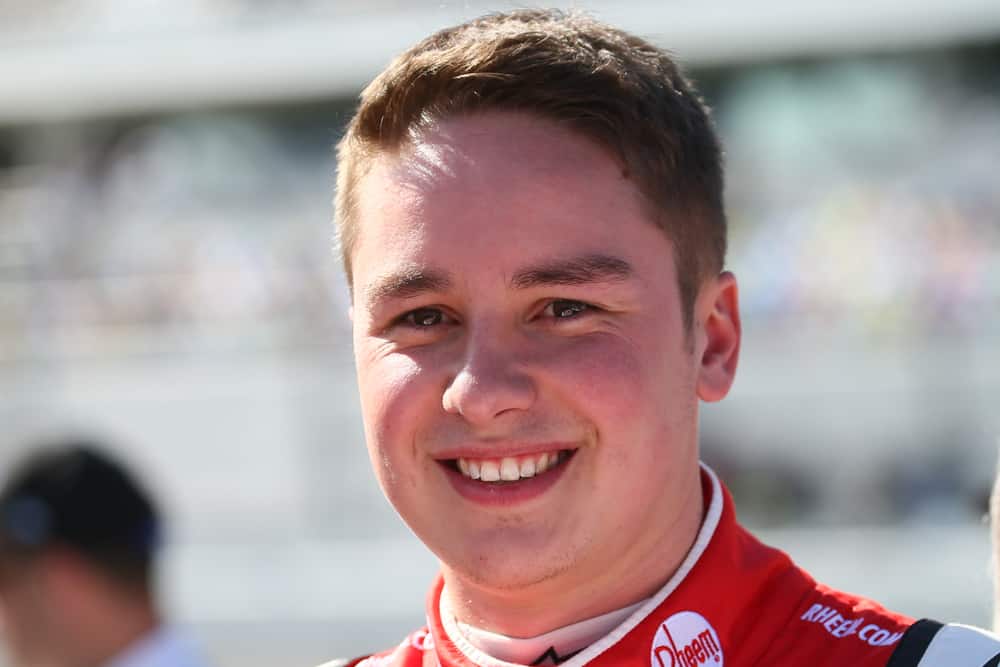 Christopher Bell picked up his second consecutive NASCAR XFINITY Series pole this season with a 183.686 mph lap ahead of Saturday afternoon’s Boyd Gaming 300. It’s also the third time in the rookie’s short NXS career that he’ll lead the field to the green flag.

“Jason (Ratcliff, crew chief) is the best in the business, and I’m lucky to drive for him and the whole organization at Joe Gibbs Racing,” Bell said after the final round of qualifying ended. “That was a lot of fun. The Rheem Camry got better and better with each run, and I got my confidence up.”

Kyle Larson, who led the first two rounds, will start alongside Bell on the front row. Daniel Hemric continued his string of top-10 starts and will roll off third. Cole Custer and Kyle Busch, who is running triple-duty this weekend. rounded out the top five.

JR Motorsports teammates Elliott Sadler and Tyler Reddick will start sixth and seventh, respectively, while Ryan Blaney, who won the pole for Sunday’s Monster Energy NASCAR Cup Series race, starts eighth. The remainder of the top 12 was swept by Chevrolet teams. Matt Tifft and Austin Dillon share row five, while Spencer Gallagher and Justin Allgaier round out the top 12.

Austin Cindric, Ryan Truex and Brandon Jones did not advance to the final round. They’ll start 13th, 16th and 18th, respectively. At one point late in the second round, Cindric was actually in a three-way tie for the 11th-quickest speed with Allgaier and Ross Chastain.

With only 40 cars on the entry list, all drivers made the race. Coverage begins at 4 p.m. ET today on FOX.