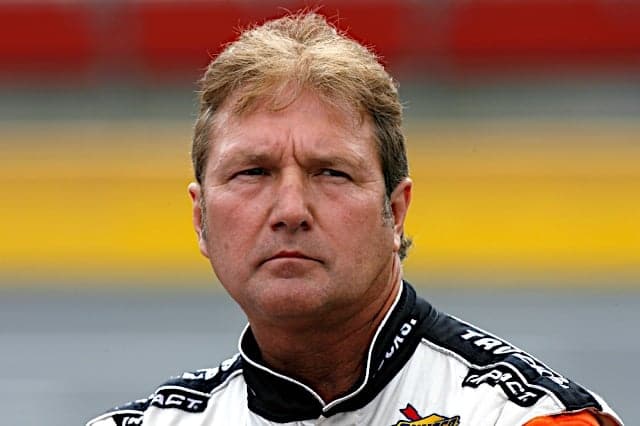 Former Camping World Truck Series driver Rick Crawford, 59, is currently being held in Seminole County Jail in Sanford, Fla. without bail after being arrested on federal child enticement charges on Wednesday (Feb. 28).  Crawford is charged under Title 18 of the United States Code, Section 2422(b), which deals with coercion and enticement.

The news was first reported by Kickin’ The Tires.

Crawford has been charged with federal crimes due to the fact that he allegedly used methods of interstate commerce (namely, an iPhone 6 and the internet) in order to set up a potential sexual encounter with a 12-year-old girl in exchange for a “donation.”  However, no girl was involved.  Instead, Crawford was caught in a sting operation set up by an officer for the FBI Violent Crimes Against Children Task Force.

The official criminal complaint notes Crawford responded to a Craigslist post placed by an undercover officer on Feb. 10 that was looking for “taboo-minded people.”  In an exchange, Crawford confirmed he’d like to meet with the undercover officer’s 12-year-old daughter. He then communicated with the officer over a period of 18 days.  Ground rules were set for the encounter, including the use by both parties of a pseudonym.

Eventually, a price was agreed upon, as was a time and place to meet.  Upon arriving at a Wendy’s in Lake Mary, Fla., Crawford allegedly pulled in next to the vehicle driven by the undercover officer.  After giving final confirmation he wanted to go forward with the encounter, waiting officers apprehended him.

Charges under 18 U.S.C. 2422(b) can only occur if the alleged action would violate law in the jurisdiction where it took place.  In Florida, the age of consent is 18.  As a result, charges have been filed.

During post-arrest questioning, Crawford admitted to answering the Craigslist ad.  But he also vehemently denied traveling to the Wendy’s in Lake Mary in order to meet anyone “underage” or “illegal.”  As initially reported in Kickin’, Crawford stated that he found the notion of a 12-year-old girl being involved difficult to believe.  He only showed up to the parking lot to see whether the undercover officer’s claims were accurate. However, Crawford claimed he would never have actually performed any sexual acts with the girl.

According to the federal statute, if convicted, Crawford would be a facing a minimum of 10 years in federal prison. The former Truck Series competitor posted five wins in 336 career starts, most of them in the No. 14 Circle Bar Ford owned by the late Tom Mitchell.

For a number of years, Crawford also participated in a driver diary with Frontstretch.