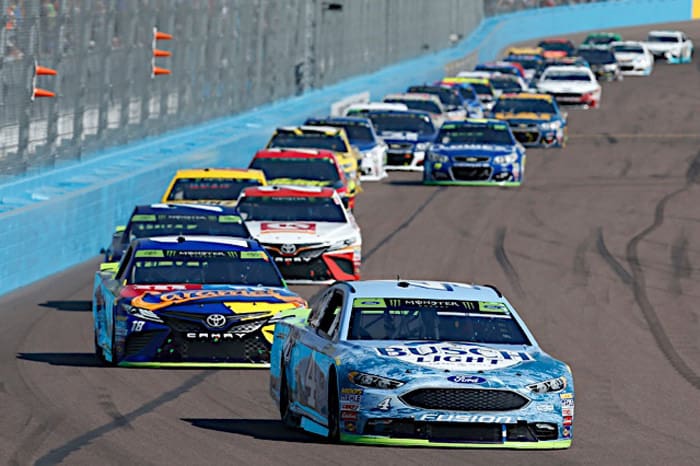 37 cars make up the entry list for the 2018 TicketGuardian 500, the fourth race of the Monster Energy NASCAR Cup Series season at ISM Raceway (formerly Phoenix International Raceway). Since there are only 37 cars trying to compete this Sunday, all of them will be locked into the field. The only new addition is the No. 96 Gaunt Brothers Racing Toyota with DJ Kennington behind the wheel.

GBR and Kennington ran in the 2018 Daytona 500 and had a respectable 24th-place finish. ISM is an unfamiliar place for GRB, but not for Kennington. He has made 11 NASCAR Series starts at ISM Raceway with a best finish of 22nd in the XFINITY Series in 2008. He also made his Cup debut at the track in 2016.

“I’m thrilled to be back with GBR, in the Northern Provincial Pipelines Toyota Camry, at a track I really enjoy,” added Kennington in a press release. “Last month in Daytona was a tremendous experience. I got my best Cup finish to date, and now I’m looking for more.”

Ross Chastain returns to the No. 15 LowT Center Premium Motorsports Chevy after running the last two races at Atlanta and Las Vegas.

Justin Marks, who competed in the 2018 Daytona 500, is listed as the driver of Rick Ware Racing’s No. 51 Chevrolet.  That has been the case on all four preliminary entry lists this season, but he has only driven for the team at Daytona.

The only team that raced last weekend in Las Vegas that is not on the entry is Premium Motorsports’ second car, the No. 55 Chevrolet that was driven by Joey Gase.

IMHO the new norm is for all the charter teams to show up. They don’t really care or want anybody else. Of course, they wont say that.