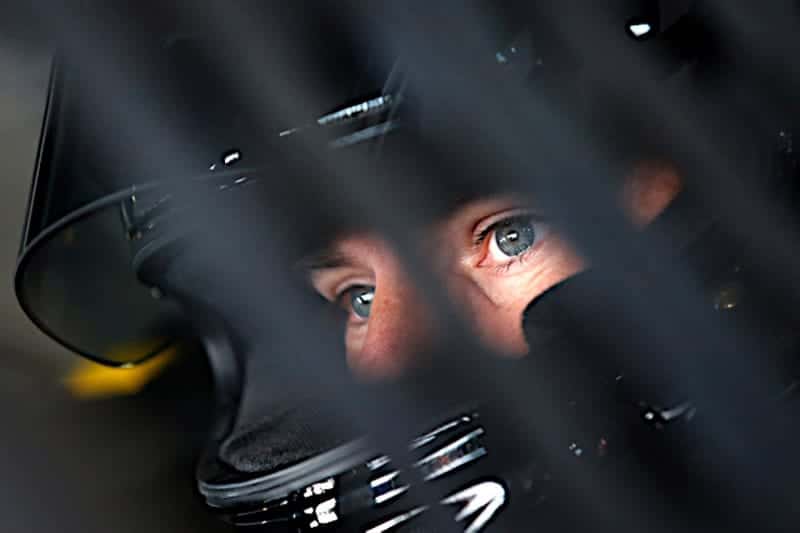 The nominee list for the next NASCAR Hall of Fame class was released on Tuesday, and it’s an intriguing group for many reasons.  More nominees have begun to emerge from outside the national touring series, and while there are still some pioneers on the list who are deserving, voters have done a solid job of mixing the classes.

We’re also at a point where looking beyond the numbers and at other meaningful contributions becomes paramount; there are few eligible drivers with win counts alone that are Hall of Fame Caliber, so it becomes a delicate balance of enshrining the deserving without lowering overall standards.

This is a no-brainer. 93 wins, four titles… Gordon defined the sport for a decade. In the way that Dale Earnhardt was a bridge to the post-Richard Petty era, rising to the top of the sport as Petty’s career wound down, Gordon was the bridge into the post-Earnhardt era. Only two drivers can lay claim to more wins than Gordon, and both ran parts of their careers in an era where drivers could cherry-pick a few races to benefit their numbers. Those days were long gone by the time Gordon came along. Though often ridiculed for winning too much, Gordon was one of the finest ever to climb behind the wheel of a NASCAR racecar.

Seven NASCAR championships? That’s cute. Stefanik has a total of nine titles: seven in the Modified division and two more in the XFINITY Series at a time before the K&N days when the series had a formidable group of regulars gunning for wins and titles. Only Richie Evans can boast as many, and he’s in the Hall already. With 74 wins in the Modifieds and a dozen more in Busch North, his numbers are as worthy as any driver. Stefanik was also the 1999 Camping World Truck Series Rookie of the Year, posting 10 top-10 runs in 26 starts in that series. If the Hall of Fame is primarily about on-track performance, Stefanik is absolutely one of the best in this year’s pool.

A member of the Alabama Gang that also included the Allison family, Farmer has four NASCAR titles, three in the Late Model Sportsman division — which more or less eventually morphed into today’s XFINITY Series — and one in Modifieds. Some estimates have Farmer’s win total at 900 races, from the local circuits to NASCAR’s second series. He served as a crew chief as well for Davey Allison. It would be fitting for Farmer to lead Allison into the Hall.

Oh, and Farmer still races. He’s not telling how old he is (some estimates have him turning 90 this year), but it was just 10 years ago that Farmer posted an eighth-place finish in the Prelude to the Dream, a dirt race promoted by Tony Stewart in which several high-profile drivers competed. Legend, anyone?

It’s getting harder with each passing year to not include Fox, especially as current owners are being inducted. As an owner and engine builder, Fox played a role in the Hall of Fame careers of Junior Johnson, David Pearson, Fireball Roberts, Cale Yarborough, Tim Flock, Fred Lorenzen, Buck Baker and Herb Thomas, either as an engine builder or car owner. That kind of influence transcends numbers — though his numbers are certainly respectable, given he was one of the most significant engine builders of his era.

Like Fox, Wilson influenced the careers of many Hall of Fame drivers as a crew chief and engine builder. His engines won a total of 109 races in NASCAR’s top division, powering the likes of Roberts, Pearson and Benny Parsons. Pearson was the first driver to crack 200 mph in a qualifying lap with a Wilson power plant under his hood. Altogether, as an engine builder and crew chief, Wilson worked with Hall of Famers Bobby Allison, Roberts, Pearson, Parsons, Yarborough, Lorenzen and Johnson, along with both Mario Andretti and AJ Foyt. Wilson may not be one of the sport’s most well-known or engaging personalities, but he made up for that in performance. Like Fox, his influence alone makes him worthy ahead of most of this year’s list.

At what point is five still the magic number they induct each year? A few more years and the induction classes will reek of participation trophy status.

I agree, rg72. It’s time to throw the rule that 5 get in and go to a version of the baseball rule where a driver has to have a certain percentage of those votes to get in. I’d say 70 or 80% would keep the riff-raff out.

NASCAR’S HOF certainly reeks. Again Smokey Yunick is ignored which tells you all you need to know about NASCAR’S HOF creitability.

Smokey will never be let in no matter ow many times h*ll freezes over. He is more than a legend but the HOF doesn’t care.

I would really like to see them induct the ‘old timers’ who really put Nascar on the map before they all die off. At least Robert Yates knew he was in before he lost his battle with cancer. There are many years for people like Jeff Gordon to make it in. I say let’s pay tribute to those that brung ya. But that’s not Nascar’s way, is it?

Seems like a pretty fine list of inductees to me.
Guessing there would be several potential iductees if it truly is a NASCAR Hall of Fame from the NASCAR weekly racing series as well. This is NASCAR sanctioned and has had many awesome drivers that either chose to stay at this level of racing or could not move up the ladder.

Maybe they did, but they still had to win the races. Back then they really “raced” two or more times a week, often on the same weekend. Pearson got his three rings for his sons in four years and stopped running for the championship because he wanted to. Would Johnson like to run all his races on mile and a tracks? Seems like he does already.

How many more wins would Jeff have if he could pass cars on the apron? How many fewer wins would Johnson have if the schedule wasn’t loaded with mile and a half cookie cutters?

Earnhardt would have one more win if he’d punted Terry in the second turn instead of the fourth and another one if Mayfield hadn’t rattled his cage at Pocono.

I agree with previous poster JER. I live 25 miles away and will never attend until Smokey is selected. I can’t understand with all the “journalists” posting columns on Jayski that someone doesn’t raise the issue with NA$CAR. Somebody ring up Brain Farce and get a comment. Your time is better spent attending the shops of around the area for free!