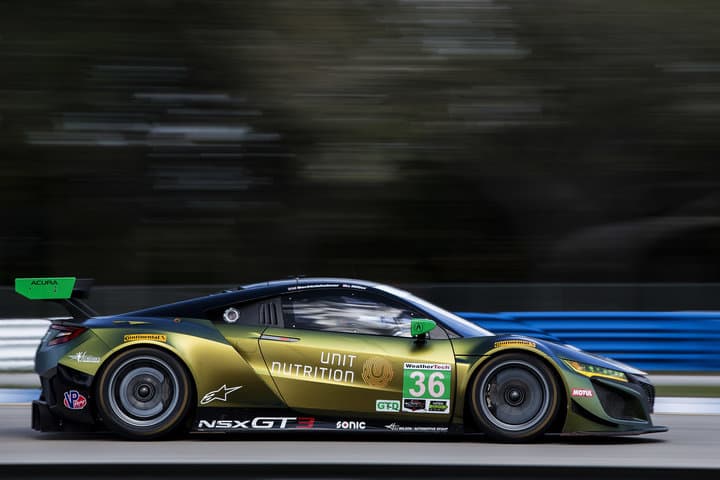 CJ Wilson Racing announced Wednesday (March 7) that they have signed Kuno Wittmer to drive the team’s No. 36 Acura in the Mobil 1 12 Hours of Sebring.  Wittmer will join CJ Wilson Racing veterans Till Bechtolsheimer and Marc Miller.

For Wittmer, it will be his first appearance in the IMSA WeatherTech SportsCar Championship’s GT Daytona class since Petit Le Mans in 2015.  He’s more than ready.

“I’m truly excited about this opportunity not only to be back in a GT car, but also to be surrounded by such a good team,” Wittmer said in a press release.  “The NSX was car was going through the its development stages in 2017, but clearly showed it’s potential and that has been reflected in the start that the HPD teams have had this year.”

In CJ Wilson Racing, Wittmer joins a team moving up to the IMSA WeatherTech SportsCar Championship for the first time.  That said, they have six years’ worth of experience in CTSC and a solid pro-am driving lineup.

“I really did want to get back into the GT ranks with a proper team and competitive teammates,” Wittmer continued.  “Marc [Miller] and Till [Bechtolsheimer] are a really strong combination, they have already shown great pace in the car and they are fun to be around.  I think we can really create some good chemistry and just from that aspect alone I think we can develop something really good here.”

For the past two seasons, Wittmer has competed in the Tequila Patron North American Endurance Cup races for BMW Team RLL in the GT Le Mans class.  Wittmer was part of the class-winning effort in the Motul Petit Le Mans back in October with Bill Auberlen and Alexander Sims.  In his career, Wittmer has 38 career top-flite sports car starts between the IMSA WeatherTech SportsCar Championship, Grand-AM’s Rolex Sports Car Series and the American Le Mans Series.  He has four career class victories, all in the GT Le Mans class.