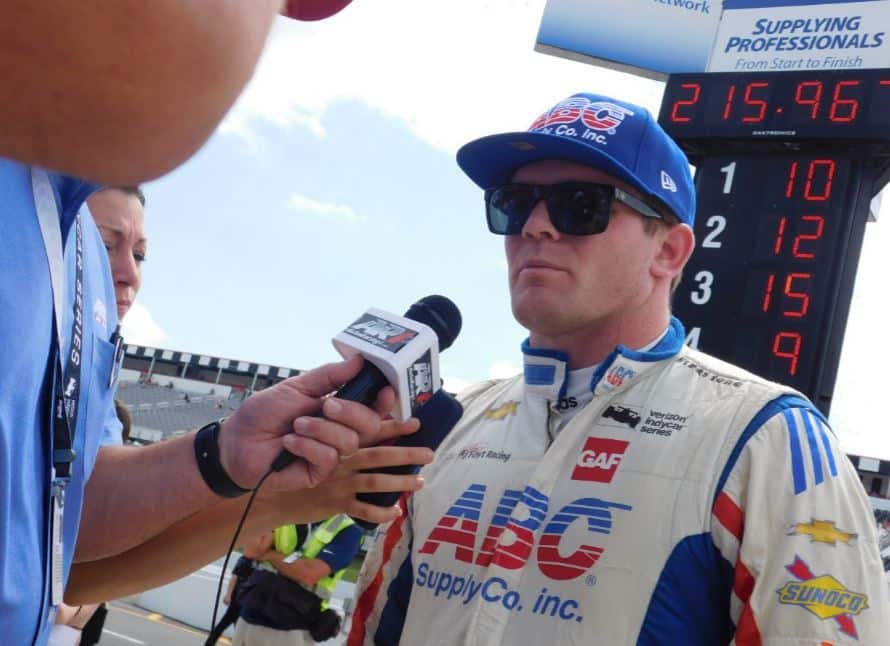 Through an uncertain offseason and a fourth-place finish in the popular reality series The Amazing Race, Conor Daly has secured a ride for the 102nd Indianapolis 500.

Daly, 26, will drive the No. 17 Honda with sponsorship from the U.S. Air Force. The paint scheme is resemblant of a Thunderbird fighter jet.

The car is a product of a partnership between Dale Coyne Racing and Thom Burns Racing and a perfect match for Daly’s patriotic personality.

“Everyone knows me as probably the most American dude out there,” Daly said. “I think I’m now 5-for-5 on red, white and blue cars when I’m competing in the Indy 500. But this one has to be the best, though.

“When you talk about partnerships and deals that you’re trying to do for the biggest race in the world, to have the opportunity to represent the U.S. Air Force, that’s sort of at the top of the list. That’s something that’s a great honor certainly for a young American like me. The car looks incredible. The Thunderbird livery is pretty striking.”

Daly competed full-time with AJ Foyt Racing in 2017 but was booted from the No. 4 Chevrolet in favor of highly-touted rookie prospect Matheus Leist. In 2016, Daly drove the No. 18 Honda for Coyne.

He competed on The Amazing Race with Alexander Rossi during the winter months, not knowing the fate of his IndyCar career.

Now he’ll race in his fifth Indy 500, but has one more idea on his mind.

“Are there any planes available for me to be involved in?” Daly said regarding a ride in a Thunderbird. “I think that should be a requirement. I’d love to.”