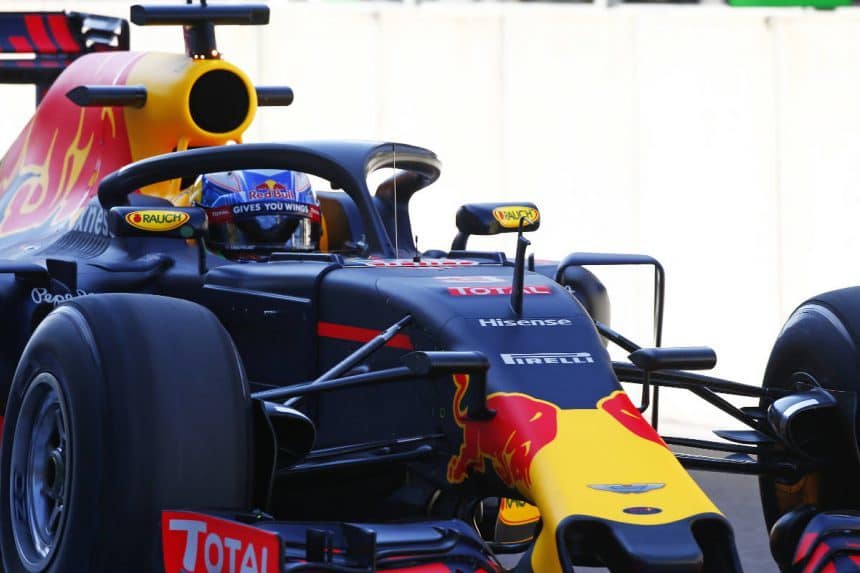 Daniel Ricciardo showed Wednesday at the Barcelona-Catalunya circuit that his Red Bull entry can compete alongside Ferrari and Mercedes this season by posting the fastest test lap ever recorded at this track. Both Lewis Hamilton and Valtteri Bottas took second and third for the Silver Arrows, respectively.

The Australian’s best lap was a 1:18:047, which broke the existing record for testing at this circuit by Felipe Massa back in 2008. In addition, the lap was a second quicker than  Hamilton’s pole time for the Spanish Grand Prix last year. Along with the best time, Ricciardo also had the highest laps done for the day, 165.

But for the second day in a row, the McLaren team experienced trouble with an oil leak in Fernando Alonso’s car, following a good start in which the Spaniard began the day with 47 laps. Being on the cautious side, the team pulled Alonso into the pits to remove the entire Renault power unit despite the leak had nothing to do with the engine.

“This is not engine related,” McLaren racing director Eric Boullier explained to ESPN F1. “This is a small oil leak we had to the car which unfortunately meant the engine died, so we have to change the engine now. They want to obviously inspect the engine before putting some more miles on it. It’s going to be another three hours.”

However, the issue which Boullier thought would take three hours to fix, took six and a half, and Alonso’s car emerged from the garage with only 13 minutes left in the day’s test. The team itself has still yet to reach the combined 100 lap mark, a feat in which most teams have already done.

Ferrari had a productive day as Sebastian Vettel took over in the morning, before handing the duties to teammate Kimi Raikkonen later in the day. The team combined with 102 laps in total and fourth and ninth, respectively, but still have not shown their potential with their soft tires on the newly surfaced track.

Brendon Hartley finished an impressive fifth in his Toro Rosso, while both Renault works drivers Carlos Sainz and teammate Nico Hulkenberg continued to accumulate the mileage for the French team. As for the American Haas F1 Team, Romain Grosjean had a fair morning, but after the lunch break, an oil leak occurred, robbing any more performance from the car, in which the Frenchman only ran 75 laps.

The track had no major incidents, until Sauber’s Charles Leclerc’s day ended in the gravel trap at turn 12, with only ten minutes to go in the test.

Two more days remain, and the weather expects to remain good for many teams to make last minute adjustments before the season opener in two weeks’ time.