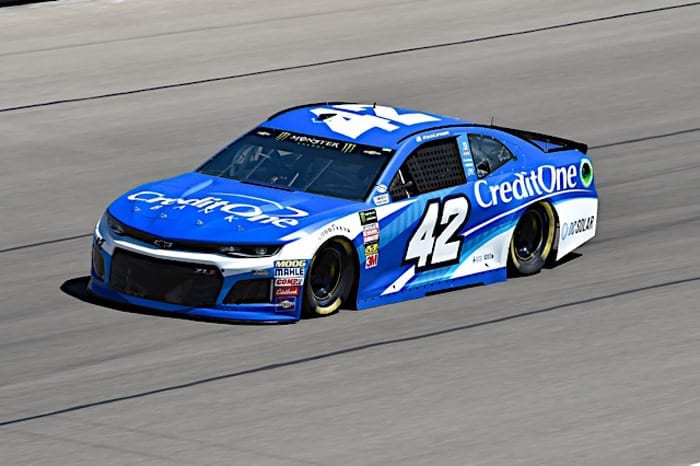 What will the homecoming of Alex Bowman look like?

If there was just one race anybody could point to as to why Alex Bowman got the nod to permanently replace Dale Earnhardt Jr., it would undoubtedly end up being the 2016 fall race at Phoenix.

Bowman, at the time substituting for Earnhardt, drove the race of his life at his home track. He started on the pole and finished sixth after leading 194 laps. The No. 88 team has been strong in recent years at Phoenix, with Earnhardt winning in 2015 and finishing in the top 15 in both races in 2017. But it hasn’t been quite as dominant as Bowman was that day.

Even if Bowman wasn’t that great at Phoenix, it was still going to be a special weekend for him. His hometown of Tucson is just two hours south of the track, making everything just a little bit personal at the flat, one-mile oval. Bowman hasn’t been that amazing so far in 2018, sitting 17th in points, but that’s ahead of all three of his Hendrick Motorsports teammates, and he’s the second most experienced of the rest of the drivers in that stable. The last time Bowman raced at Phoenix in the Cup Series, he probably should have won the race in spite of having nothing set in stone past the season finale the next week at Homestead. The time before that, he finished in 38th for a team that isn’t even in operation today. He now returns to his home state as the full time driver of one of the most iconic rides in the entire sport. – Michael Finley

The last time a Ford driver had a pretty major penalty, they never recovered and didn’t even make the playoffs.

Joey Logano had a horrible 2017 season after his spring win at Richmond Raceway was labeled as “encumbered” due to rules violations. He had four top-10 finishes over the last 17 races of the regular season and just didn’t show any real speed.

Kevin Harvick was hit with a pretty major penalty after the Reddit police, and then the sanctioning body busted him for having a messed up roof. The win still counts towards playoff contention, but all seven of the playoff points earned by Harvick in the win don’t. Harvick also lost 20 regular season points during all of this.

Let’s get this out of the way: unless there’s a major injury to Harvick, he’ll be in the playoffs this season. Two wins guarantees it as long as he’s at least 30th in points once Indianapolis rolls around. But just how dominant will the No. 4 car be in the fallout of this penalty after being the class of the field the past two weeks? Were they this good at Atlanta too just because of this very same roof issue?

Thankfully for Harvick, he’s going to his best racetrack this weekend. He has won four times at Phoenix since joining Stewart-Haas Racing and his lone finish outside of the top five was sixth in last year’s Phoenix race. – Michael Finley

What do we make of Matt DiBenedetto’s Twitter sponsorship hunt?

First, we see that people can be amazingly generous and helpful. Fan support came out of the woodwork in response to that video. Plus, Kevin Harvick, Denny Hamlin and Darrell Waltrip all chipped in to help one of their own. Likely others did, too.

Second, it should be good exposure for Zynga (the company behind Farmville and Words With Friends) to advertise their Zynga Poker game.

Third, Go FAS Racing has a charter. They’re locked into every race, which means significantly higher payouts (as we’re learning from the BK Racing fiasco). And they have pretty decent sponsorship, considering that they’re a single-car underdog team. But they still have to go to Twitter and beg for sponsorship money. That is very worrisome, especially considering they’re hoping to expand sometime in the future.

It’s a short-term feel-good story, but it really doesn’t speak very well of the overall health of NASCAR. – Wesley Coburn

Who could be the next driver to put a Camaro in Victory Lane?

Right now, it sure looks like Kyle Larson is that driver. Yes, Austin Dillon won the Daytona 500, but he led one lap, and punted Aric Almirola to get there. But if you take away last fall’s last-place finish, Larson’s average finish at the newly-renamed ISM Raceway is 11.7, with a runner-up run in the last spring race.

Ryan Newman won the spring race last year on fuel mileage, which takes a admirable amount of trust and teamwork between driver, crew chief and crew, no matter which driver it is, but those types of wins don’t often inspire confidence.

Larson is also the only Chevrolet driver to run near the front the past two weeks at Atlanta and Las Vegas. He’s also been in the Cup Series long enough now to be able to adapt when the car isn’t working as well as he wants and where he wants it . He’s known for driving the high line, but have we seen that much in the last two weeks? Nope.

Also, Larson is currently tied for sixth in the standings. So there’s that. – Wesley Coburn

Is this the first event (can’t call it a race) using the new configuration of the track? Should be interesting.

The DiBenedetto story stinks like dead fish. So, now drivers who are actually contending for wins can PAY backmarkers so they will be able to race. And just what is the quid pro quo? We know Matt won’t do anything to impede Hamlin or Harvick, like holding them up to stay on the lead lap. Will it go further? How about the inevitable late caution if one his “sponsors” needs it? How about “accidentally” losing control and wrecking a competitor? You can call me a cynic. But if Aaron Rodgers gifted Vikings linebacker Anthony Barr $50,000, do you think the NFL would give its approval? Would people be calling it good sportsmanship?

I call BS. If you aren’t good enough to get a sponsor, stay home or get a ride in a series more suited to your abilities. The backmarkers only seem to be in the race to interfere with the outcome. Now they are being paid to do it. Nice

And what does it say about the business when a driver begging for charity from fans is driving for a team that has plans for expanding? Something is amiss in that equation.