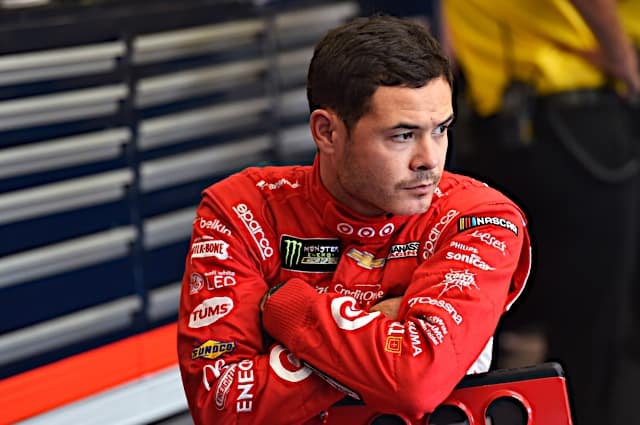 Larson beat out teammate Jamie McMurray on his final lap as the red flag was displayed at the end of the session with a 138.281 mph lap, just .098 seconds faster than the lap McMurray turned.

After three weekends of dismal showings by Chevrolet, the bowtie held four of the five spots inside the top five. Kyle Busch was the sole non-Chevrolet driver inside the top five (third). The Hendrick Motorsports duo of William Byron (fourth) and Chase Elliott (fifth) rounded out the top five speeds.

36 of the 37 drivers turned a lap during the session. Ricky Stenhouse Jr. began his lap, but as he entered Turn 3, the No. 17 Fastenal Ford Fusion nailed the outside wall. Stenhouse will be going to a backup car for Sunday’s race and will start from the rear of the field.

Brakes were a big issue during the session, facing drivers including Ryan Newman and Ty Dillon.

Qualifying for Sunday’s TicketGuardian 500 at ISM Raceway will go live on FS1 at 5 p.m. ET. Joey Logano is the defending pole winner of the event.