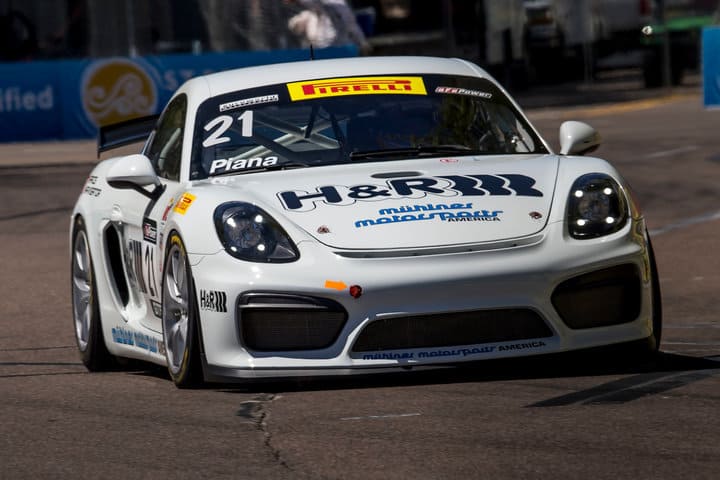 Team Panoz Racing’s Ian James was fifth fastest in GTS, sixth overall in the session.  However, immediately after setting that time, James’ Panoz Avezzano GT4 stalled on course with what appeared to be an electrical issue.  That brought out the red flag that ended the session early.  As a result, James lost that time.  He will start ninth in GTS, 18th overall.

In GTSA, defending subclass champion George Kurtz was fastest with a lap of 79.150 seconds (81.870 mph), good enough for fifth overall.  That time was one-sixth of a second faster than Ian Lacy Racing’s Drew Staveley in the fastest of the Ginettas.  He’s currently seventh.

In addition to the red flag for James’ issues, there was another red flag early in the session when JCR Motorsports’ Fred Roberts stalled his Maserati at the exit of turn 9.  As that is a fast portion of the course, the red flag was thrown very early in the session.  Roberts’ Maserati stalled on his out lap, so he never set a time.  If the car can be fixed, Roberts will start at the rear of the field in Race No. 1.

Race No. 1 for GTS and GTSA teams is scheduled for 5:05 p.m. Saturday.  The race will be livestreamed at World-Challenge.com and on the WorldChallengeTV YouTube channel.