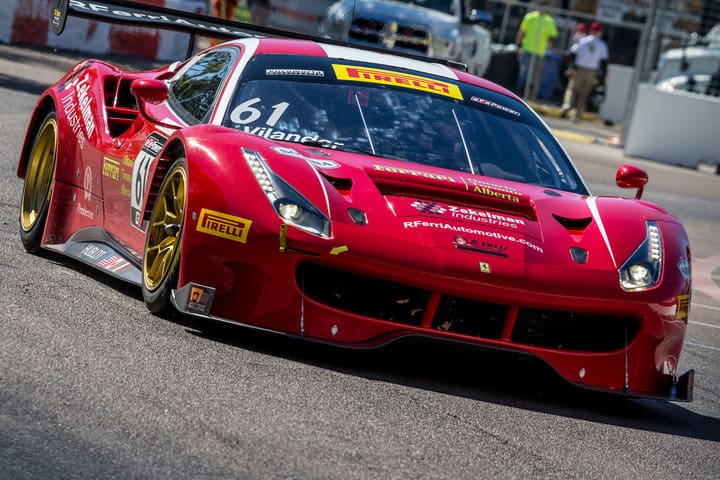 Pfaff Motorsports’ Scott Hargrove was right up at the front early in the session, but eventually ended up fifth in his No. 96 Porsche.  However, Hargrove impacted the wall in turn 14, bringing out the red flag that ended the session five minutes early.  As a result, Hargrove lost his best time and will start seventh, assuming that the Porsche can be repaired.

In GTA, K-PAX Racing’s Rodrigo Baptista claimed the subclass pole with a lap of 72.545 seconds (89.324 mph).  That time was four-tenths of a second faster than TruSpeed AutoSport’s Parker Chase.

TR3 Racing’s Daniel Mancinelli did not set a time during the session.  As per Pirelli World Challenge Sporting Regulations, Mancinelli will start Race No. 1 from the rear of the field since he set times in practice on Friday.  Had he not done so, he would be forced to sit out the race.

Grand Prix of St. Petersburg GT/GTA race No. 1 is scheduled to start at 3:50 p.m. Saturday afternoon.  The race will be livestreamed at both World-Challenge.com and on the WorldChallengeTV YouTube channel.