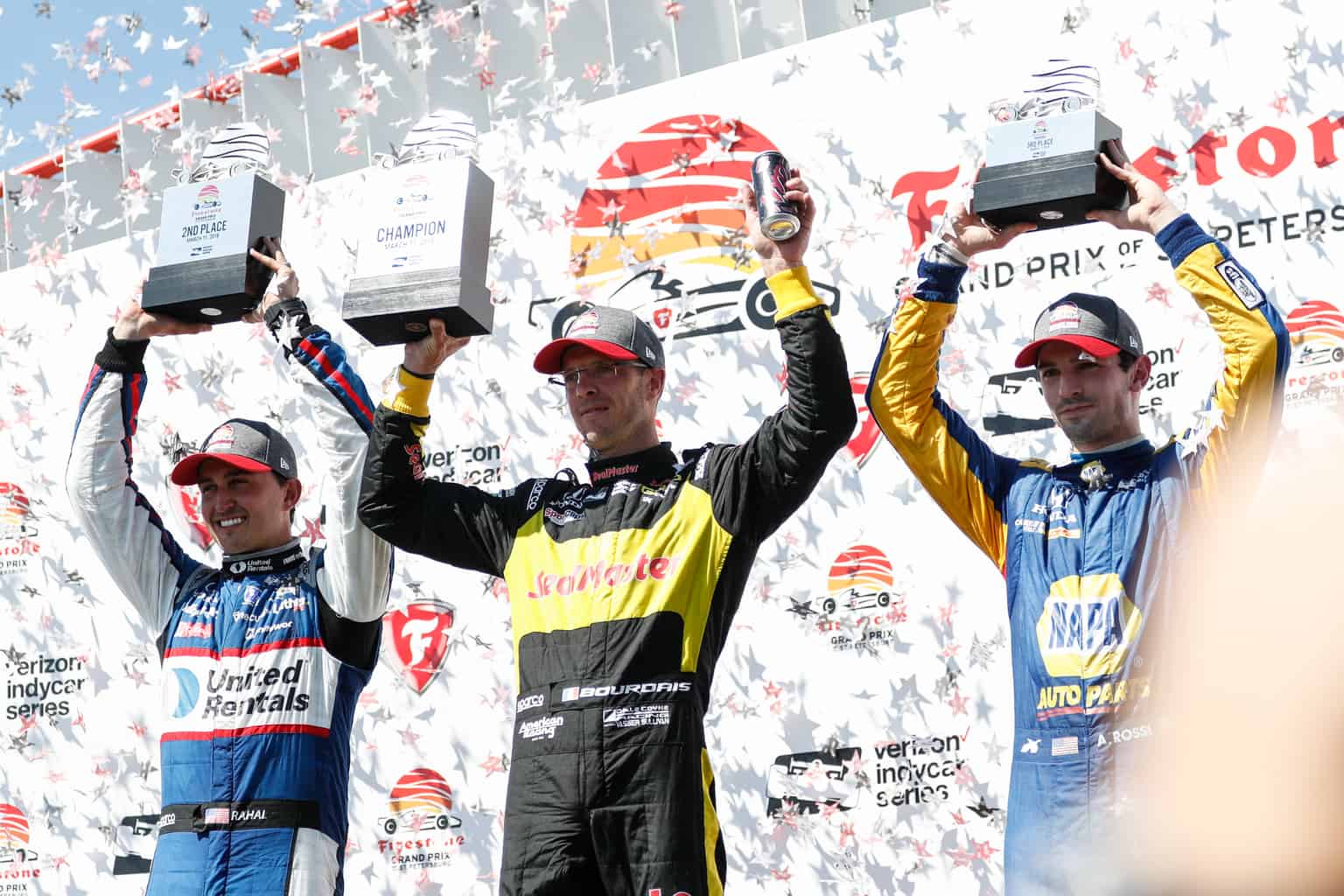 It was a heartbreaking finish to Robert Wickens’ fabulous IndyCar Series debut.

Wickens, 28, made his first start with Schmidt Peterson Motorsports from the pole at the Grand Prix of St. Petersburg and led 69 laps, but contact from Alexander Rossi following a restart on Lap 109 cost the Canadian rookie a chance at victory.

Wickens finished 18th while Rossi ended up third. Sebastien Bourdais, who opened the 2017 season with a St. Pete victory from last place, retook the checkered flag on Sunday.

“I made the corner and then we had some contact, and obviously it put me into a spin into the wall,” Wickens said. “I ended my day with one lap left in the race. Not the way I imagined the day going for the No. 6 Lucas Oil SPM Honda.”

He also said there was confusion on the restart because the pace car’s lights didn’t shut off before it pulled off the track.

“I didn’t get the best restart I could have done,” he explained. “Probably the worst one of the whole day. I want to kind of speak to the officials to see why they didn’t turn the lights off the pace car before we went green but I don’t know. I just need to see everything before I comment.”

Rossi said that he was told to use the push-to-pass as he was going through Turns 13 and 14 leading to the restart. He felt he had a better jump than Wickens and had no intention of wrecking him, but there wasn’t enough room for him to evade contact.

“Normally they don’t allow push-to-pass on restarts. You’d normally have to do a timed lap before you did it, but because of the late call to go green that lap, they allowed it,” Rossi said. “I had a big jump on Rob, and he got to the push-to-pass pretty late. The run was perfect for me going into Turn 1, and I knew there wasn’t going to be many other opportunities.

“He defended the position, which he has the right to do, but in doing so, in moving the reaction, he put me into the marbles pretty late into the corner. It’s difficult with these cars and with how much we’re sliding around in the first place, even on the racing line. When you’re put in the marbles, it’s hairy.”

Along with Wickens, rookies Matheus Leist and Jordan King looked competitive. Leist finished last, but he qualified an impressive third while King started fourth. The results don’t show it, but they were fast.

Perhaps the new car and all the unknowns that come along with it made the field more evenly balanced. Every driver had to deal with the unpredictabilities of a new aero package which features less downforce, so no one truly had an advantage, regarding setup.

Strategy-wise Bourdais played the cards perfectly. He won last year’s race on an alternate pit strategy, and it paid off for him two years in a row.

“We ended up qualifying poorly. We didn’t get a good lap. … It felt like we just missed a good opportunity to start at the front,“ the race winner said. “It definitely seems like this race is disjointed enough that it doesn’t really seem to matter where you start, you’re still going to have opportunities to make it happen, and we sure did today.

“So the team played it perfect. We ended up with a bunch of other guys on the same strategy, and some of the guys offset by some but not drastically so. But the great thing I knew for us was that obviously, we were not going to be exposed to yellows for the rest of the race because we just decided to shift everything forward. … We were just going to run long stints until the end of the race.”