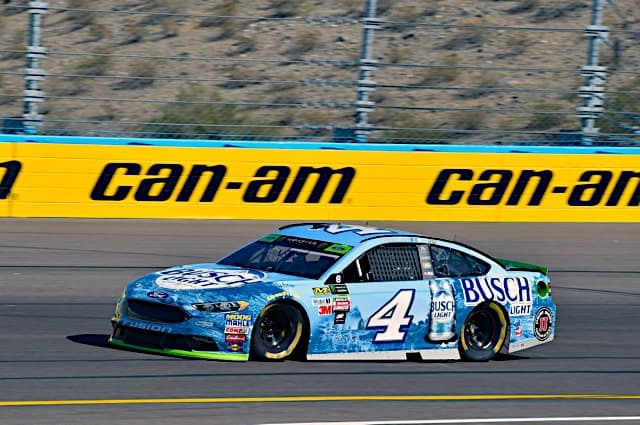 NASCAR and Anheuser-Busch announced Wednesday (March 14) that Busch is returning as the “Official Beer of NASCAR” for the first time since 1997. Busch will also take over sponsorship of what will now be called the Busch Pole Award. It is the first time an Anheuser-Busch product has sponsored the Monster Energy NASCAR Cup Series award since the Bud Pole Award ended in 2007. Coors Light was the previous sponsor of the Pole Award, but that deal was not renewed at the end of 2017.

“They talk about heritage and being true to their values as core tenets of their brand, and I think that fits very well with what NASCAR is and what it represents as well,’’ Lou Garate, NASCAR vice president, partnership told NASCAR.com. “It’s a good fit. It’s a good win for everybody overall.”

NASCAR and Anheuser-Busch have a storied history. The Busch brand first sponsored NASCAR’s Pole Award 40 years ago in 1978 and sponsored the exhibition Busch Clash at Daytona every year it was held when they sponsored the Pole Award. In addition, Busch was the Official Beer of NASCAR from 1988-1997. Busch was also the entitlement sponsor of the Busch Grand National Series (now known as the XFINITY Series) from 1984-2007.

Busch currently sponsors Stewart-Haas Racing’s Kevin Harvick, who is currently in pursuit of the first four-race winning streak in Cup since Jimmie Johnson in 2007.

“We’re really excited,’’ said Chelsea Phillips, Vice President, Value and Beyond Beer brands, Anheuser-Busch. “I think this is going to be a really fun time and Kevin Harvick has already started the season off with a pretty good roll.”

The Pole Award carries a monetary bonus each week, and a bonus at the end of the season for the driver with the most pole awards. NASCAR announced that Busch will retroactively award the previous 4-Pole Award winners in 2018 Alex Bowman, Kyle Busch, Ryan Blaney, and Martin Truex Jr, should these teams participate.

“To have the younger generation come in and help us carry that (brand recognition) along — as well as those who have the memories from the past — it’s another piece of the story but one that happens to have that heritage and hearkens back to those really good times,” Phillips said.

According to ESPN, Anheusur-Busch will join Mobil 1 as the second major contingency sponsor to not feature a decal on the race cars. Instead, NASCAR has promised Busch social and digital assets instead of placement on the cars. NASCAR is relinquishing that area of the car to the teams.

“Where we see fan engagement potential is very much in the social sphere. … There’s a lot of really unique and interesting ways that we can continue to engage fans in a second-screen way,” Phillips said.

Geoff Bodine was the last driver to win a Busch Pole Award at Atlanta Motor Speedway in 1997 when he turned a lap of 28.074 seconds (197.478 mph) on the newly-reconfigured quad-oval. Bodine’s track record still stands. Seven-time MENCS Champion Jimmie Johnson was the last Bud Pole Award winner at Homestead-Miami Speedway in 2007. Johnson would go on to win his second of seven titles that weekend.

Well now I suppose everything will be ok. More money to the France family.

Brian’s happy and went out to celebrate with an adult beverage, as if he needed a reason. More money to count in the vault while NA$CAR burns.

I wonder what Brian’s original asking price was and what he settled for.

Reminds me of my time at the Daytona 500 in 1977. Get to the track at nine in the morning and hear “Busch beer! Get your Busch beer here! Breakfast in a can.”