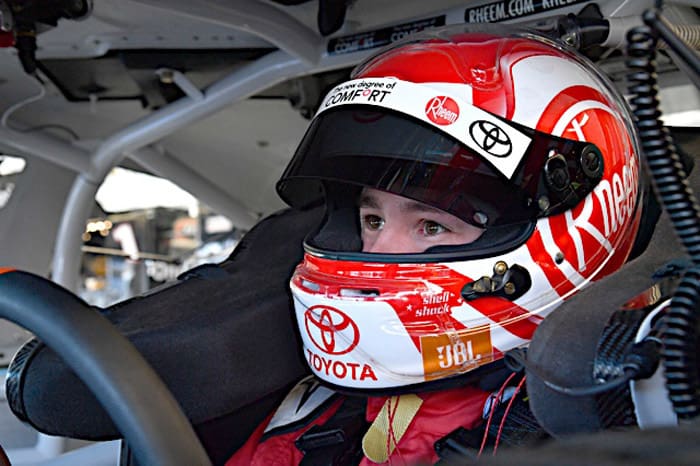 Bell began his strong afternoon by leading the way in first practice. During the session, Bell turned a 40.299-second lap (178.664 mph.). Joey Logano finished the session in second, just .132-seconds off of the fastest lap.

35 of the 40 cars entered turned a lap in the session.

RESULTS FROM FIRST PRACTICE FOR THE ROSEANNE 300

Hemric turned the fastest lap in Final Practice. Hemric turned a 40.262-second lap around the Auto Club Speedway. Logano finished the second in the session after leading almost half of the session.

In just his second start in the NASCAR XFINITY Series, John Hunter Nemechek finished the session in third followed by Bell and Reddick.

39 of the 40 cars entered turned at least one lap in the session.

The session was slowed early by a spin by Brandon Jones. He would rebound from the spin to finish 15th on the charts.

RESULTS FROM FINAL PRACTICE FOR THE ROSEANNE 300