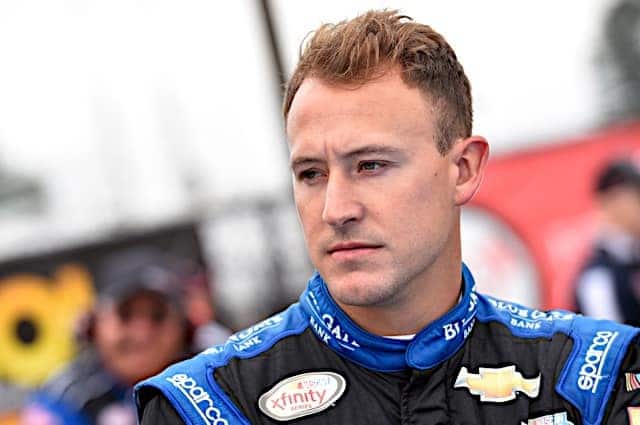 “To make my debut at Richmond will make me feel at home since I spent years coming up through the ranks at short-tracks across the country. To do it again in front of my hometown crowd in Charlotte later in the year is an overwhelming feeling,” Hemric said in the reveal on FOX Sports 1’s Race Hub. “Many people have laid everything on the line to get me to this point and I am extremely grateful to all of those people for putting me in position to get this shot in the Cup Series. These are going to be two very special weekends, to say the least.”

“You only get one chance to make your Cup Series debut, and it is pretty incredible to know that I am able to do it with Richard Childress Racing and with a partner such as Smokey Mountain Herbal Snuff,” he continued. “RCR and Smokey Mountain Herbal Snuff have been so influential in so many drivers’ careers – a lot of my heroes growing up. To know they will play a large role in the next step of my career and my initial Cup Series debut is very special,”

For Hemric, it won’t be the first time he’s driven a Cup car. He was a stand-in for Paul Menard, whose wife was expecting their second child, for practices at Kansas, Texas and ISM Raceway. He also participated in the Goodyear tire test at Charlotte’s Roval last October.

In his rookie season last year, Hemric made the Championship 4 and ultimately ended the year fourth in the championship standings. After five races this season, he sits fifth following three straight top-10 finishes.

“Since joining our organization, Daniel Hemric has shown his determination and dedication to this sport both on and off the track,” Richard Childress said. “He has proven his ability behind the wheel by making the Championship 4 in the XFINITY Series in 2017 and his continued success this season. Making his Cup Series debut is the next step in his career and we are proud to have him take that step with RCR.”