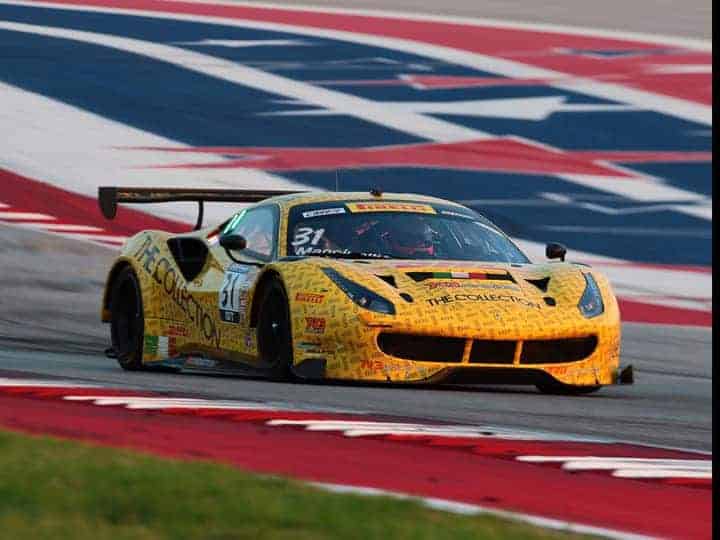 For Pirelli World Challenge’s first SprintX weekend of the year, 103 entries have posted in the various classes.  While the number is down from last year, it is a true 103 cars.  Last year saw multiple teams listed more than once due to the weekend schedule.

In the main SprintX races, there will be 20 cars, split into four subdivisions.  The main class is the GT Pro-Pro, which has seven entries.  IMSA WeatherTech SportsCar Championship racer Eric Curran will drive the No. 26 Callaway Corvette alongside Daniel Keilwitz while CRP Racing has still not announced their co-driver as of yet.  St. Petersburg winner Scott Hargrove will be partnered with former Porsche factory racer Wolf Henzler.  Finally, Texas-based Lone Star Racing has entered their No. 80 Mercedes but have not indicated either one of their drivers.

GT Pro-Am has five entries.  Here, TR3 Racing is entering a lineup of Wei Lu and Jeff Segal in their Ferrari while Daniel Mancinelli will continue to drive the sprint races.  Three of the GTA entries from St. Petersburg are entered here, along with Black Swan Racing’s Porsche.  GT Am-Am has three more entries.  The full-time Squadra Corse Garage Italia Ferrari with Martin Fuentes and Caesar Bacarella will compete here along with two cars from DXDT Racing.

Finally, the GT Cup class is actually presented this weekend.  Five teams have entered a pair of Lamborghini Huracan Super Trofeos, a couple of Porsche 911s and a Ferrari Challenge Evo (458-based).

In GTS SprintX, there are a total of 38 cars entered.  11 of those are taking advantage of rules that allow for single drivers.  These are mostly bronze-rated drivers, but the list also includes Harry Gottsacker for Racers Edge Motorsports.

Notable co-drivers include Ryan Eversley, Andy Pilgrim, Michael Cooper, Shelby Blackstock, Scott Maxwell and Colin Braun.   Al Carter is entered in the No. 36 ST Racing BMW M4 GT4 alongside Aurora Straus.  It’s a change from when the team originally announced the effort with Straus’ former teammate from Rennsport One, Connor Bloum, in the seat.

KohR Motorsports’ No. 52 is also currently listed with a TBA driver alongside Nate Stacy.  The team has already announced Dean Martin, who has years of experience in Pirelli World Challenge, will co-drive the No. 52 Mustang.

The new TCR class will run combined races with the TCA class this weekend.  There is a combined entry of 28 cars for those races, 14 in each class.

In TCR, there will be four Audi RS3 LMS Club Sports (down from five at times last year in the TC class) along with five Volkswagens, two Hondas, two Hyundais and a lone Alfa Romeo.  Murillo Racing’s Audi that raced at Daytona re-appears here with Matt Fassnacht driving.  RealTime Racing will run the two TCR Hondas with Eversley and Nick Esayian, who spent years driving Acuras for the team.

TCA is mostly a mix of Mazda Global MX-5 Cup cars and the new Subaru BRZ tS.  Likely the most notable absence is S.A.C. Racing, which has seen a substantial amount of success in recent years.

Finally, the TC class has 17 entries.  With TCR being split off, the class has dropped off in popularity as some of the teams have acquired GT4 equipment and moved up.  The class is still dominated by the BMW M235iR, which constitutes 11 of the 17 entries.  They will be challenged by four Nissan 370Z TC Specs and lone Honda Civic Type R and Hyundai Genesis Coupes.