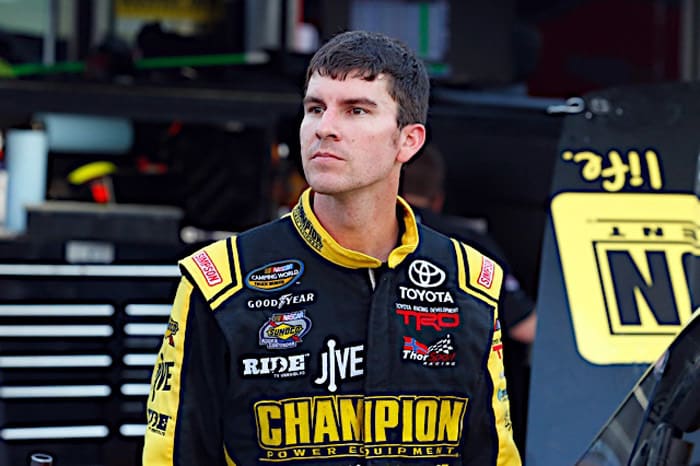 Crafton finished the session in third, followed by John Hunter Nemechek and Johnny Sauter, who rounded out the top five.

Crafton was fastest of 32 trucks during the second practice of the day, turning a 94.571 mph map. Atlanta Motor Speedway winner Brett Moffit finished the session in second (94.557 mph), while Cody Coughlin,  Ben Rhodes and Haley completed the top five.

Meanwhile, Enfinger was fastest of 32 trucks during final practice, with a speed of 95.056 mph. Enfinger’s teammate Crafton finished the session in second (95.041 mph).

Kyle Benjamin finished the session in third. Johnny Sauter led a majority of the session but had to settle for fourth, followed by Myatt Snider in fifth.

Overall, Enfinger ran the quickest lap of the day.

Qualifying for Saturday’s race will take place Saturday morning at 11 a.m. ET, with coverage on FOX Sports 1. The race will follow at 2 a.m. on FS1 and MRN. 34 trucks are entered, meaning two will fail to qualify.