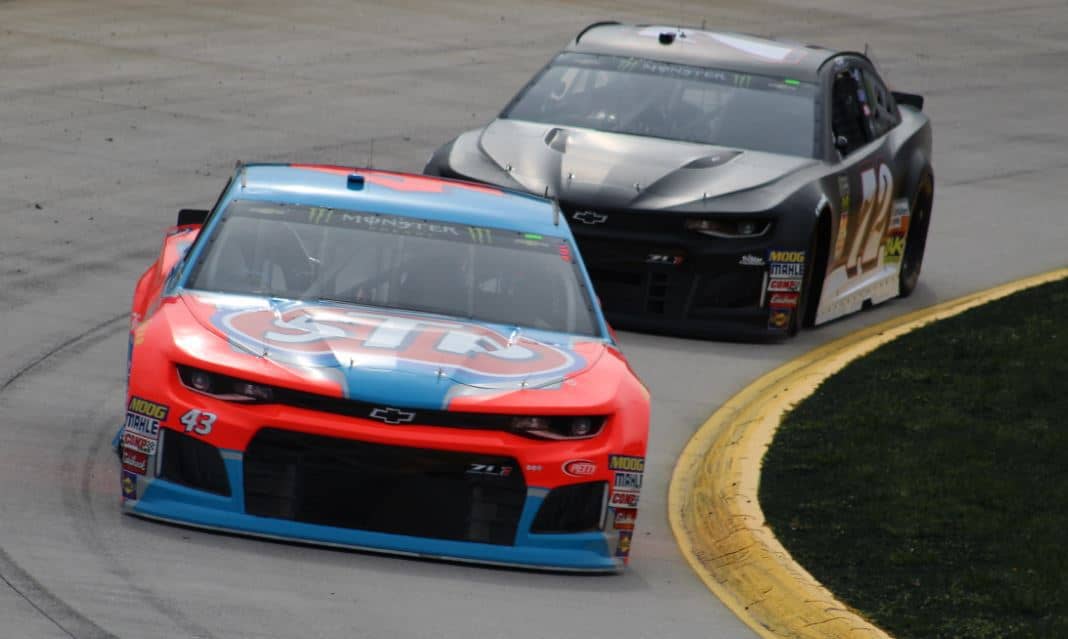 Martinsville has always been a must see on the NASCAR schedule. A month of cookie-cutter ovals have left fans ready and waiting for the shortest track in the Monster Energy NASCAR Cup Series. Drivers and teams were ready to put on a show to jumpstart the 2018 season.

There’s just one person who failed to jump on the racing bandwagon: Mother Nature.

A Saturday filled with snow led to a postponement of the MENCS race Sunday morning, the first “snowout” in the series since 1993. The 500-lapper will run Monday instead as part of a doubleheader with the Camping World Truck Series.

That will leave most fans confined to watching the race on DV-R. It’s a big disappointment for a series hoping to harness momentum from an old favorite. Instead?

Monday is a total mystery as to how it’ll all turn out, the type of unpredictability the sport needs. With the field set by owner points, Martinsville experts Jimmie Johnson and Chase Elliott will be fighting to the front from midpack. Add in a green racetrack and the race could turn out to produce some unexpected surprises.

Too bad the snow will keep so many from seeing it all unfold. – Tom Bowles

XFINITY Series: Getting Caught Up After Five Races

This weekend marked the first off two straight bye weeks for the XFINITY Series, coming off a solid opening five races. Sure, Cup Series regulars dominated, but the chase to the playoffs has only just begun.

Much like his first two seasons at JR Motorsports Elliott Sadler sits atop the championship standings, four points ahead of teammate Tyler Reddick. Ironically enough, it was those two drivers who kicked off the season with the closest finish in NASCAR history at Daytona with the No. 9 car coming out on top.

Justin Allgaier sits in third, five markers back, and the No. 7 team might have the most speed out of the bunch. Christopher Bell has hands down been the quickest car in qualifying this year with three poles in the first five races. Daniel Hemric rounds out the top five, 30 points behind.

If the playoffs started today Cole Custer, Spencer Gallagher (may be the biggest surprise through the opening five races), Ryan Truex, Brandon Jones, Matt Tifft, Ryan Reed and Kaz Grala would get the remaining postseason positions. But two drivers to keep an eye on going forward are Ross Chastain, who already has a pair of top-10 finishes, and Austin Cindric, who is trying to get his feet beneath him in his rookie campaign. – Dustin Albino

After a few weeks off, the Truck Series was supposed to be back in action at Martinsville Speedway Saturday. But after running just 23 laps, drivers were pulled down pit road, thanks to the snowflakes that were falling over the speedway. Unfortunately, it’s a red flag period that still stands until early Monday morning.

Polesitter Ben Rhodes held the top spot for all 23 laps so far, despite a hard charge from veteran Matt Crafton, who will restart second. The race is set to resume Monday at 11 a.m. ET and will be broadcast on FOX Sports 1. – Beth Lunkenheimer

In Sebring, Spirit of Daytona Racing had a pretty decent weekend.  Tristan Vautier won the overall pole for the Mobil 1 12 Hours of Sebring presented by Advance Auto Parts. During the race, the team ran very competitively in the top five.  However, the race ended early due to a big wreck exiting Sunset Bend.

The No. 90 Cadillac DPi-V.R. was heavily damaged in the crash.  After returning to Daytona Beach and evaluating the chassis, the team announced Friday that they will be unable to compete in the next round.

“Unfortunately, racing provides the highest of highs and lowest of lows and at Sebring, we experienced both,” Spirit of Daytona Racing owner Troy Flis noted in a press release.  “We are most thankful that Tristan [Vautier] was not injured in the crash. Our Cadillac did its job of protecting the driver but unfortunately, the amount of damage to the car is extensive.  Unfortunately, due to several circumstances, we will not be able to attend the Long Beach event in April but we will regroup, rebuild and come back stronger than ever.”

This will be the second year in a row that Spirit of Daytona Racing will not be on the grid at Long Beach.  Last year, Renger van der Zande suffered a brake failure during practice and crashed heavily.  The team’s Riley Mk. 30 was heavily damaged, forcing the team to pack up early. – Phil Allaway