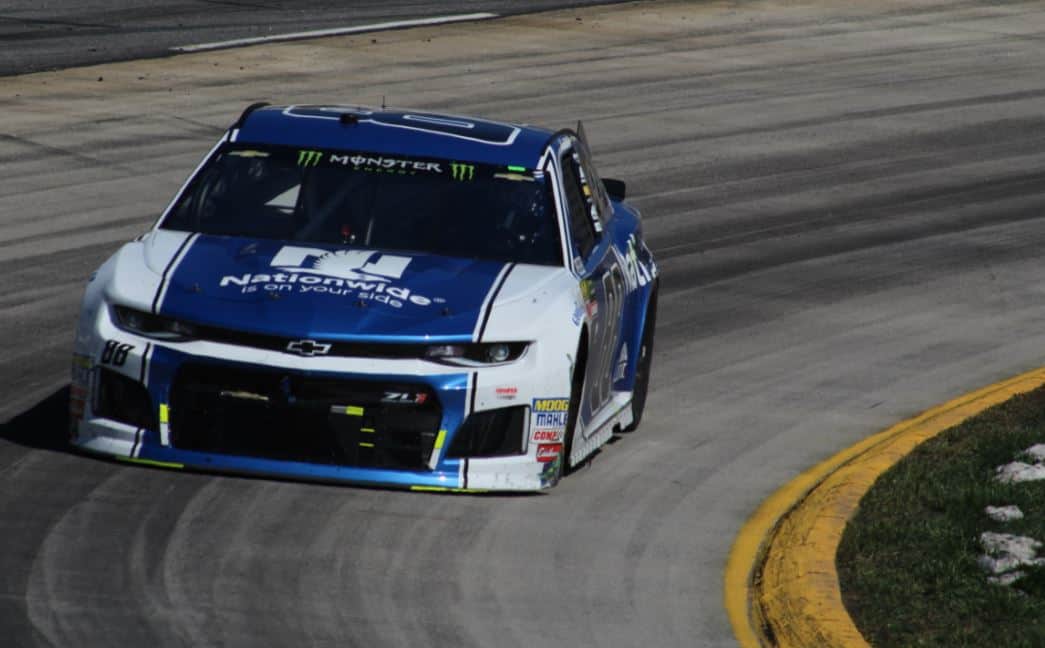 Alex Bowman returned to the top 10 in Monday’s STP 500 from Martinsville Speedway. And following a rather slow start to his first campaign with Hendrick Motorsports, the result felt even better.

Bowman entered the Virginia short track with five straight top-20 finishes. Though consistent, a ride in Hendrick equipment breeds a certain amount of expectation… and top 20s are not them.

“You read media stuff and everyone is fired up but… we’re off, but everyone is motivated and working harder,” Bowman said. “It’s a lot of guys who have won a lot of races. They want to get back to that winning feeling.”

Monday showed that little spark of potential for the No. 88 camp, who haven’t won in the Monster Energy NASCAR Cup Series since 2015 at ISM Raceway with now-retired Dale Earnhardt Jr.

Though Martinsville’s ride wasn’t a winning one, a seventh-place finish puts Bowman in better terms moving forward in the early weeks of 2018. The result was his fourth with Hendrick and first since ISM in 2016.

“It’s frustrating to say we’re looking for seventh but it’s much better than what we’ve been,” he said. “I’m just happy for my guys, they worked hard all offseason and we didn’t have the results we wanted. To come here and finish stronger is definitely a step in the right direction.”

In a race that had only four cautions, Bowman excelled on the long runs to move up the pylon. Though it may have looked “mellow” on TV, Bowman felt otherwise from inside the Chevrolet cockpit.

“I had my hands full. It was not a mellow race for me,” he said. “A physical one for me at least. I changed some stuff in the car that made me able to go faster but probably wore me out quicker. I’m glad I didn’t fall out of the seat because it was physical.”

Bowman, who rubbed his aching shoulders after the race, is surprised his first top 10 of the year would come on a tough short track. Either way, he’s excited to have some momentum in pocket for the off-week.