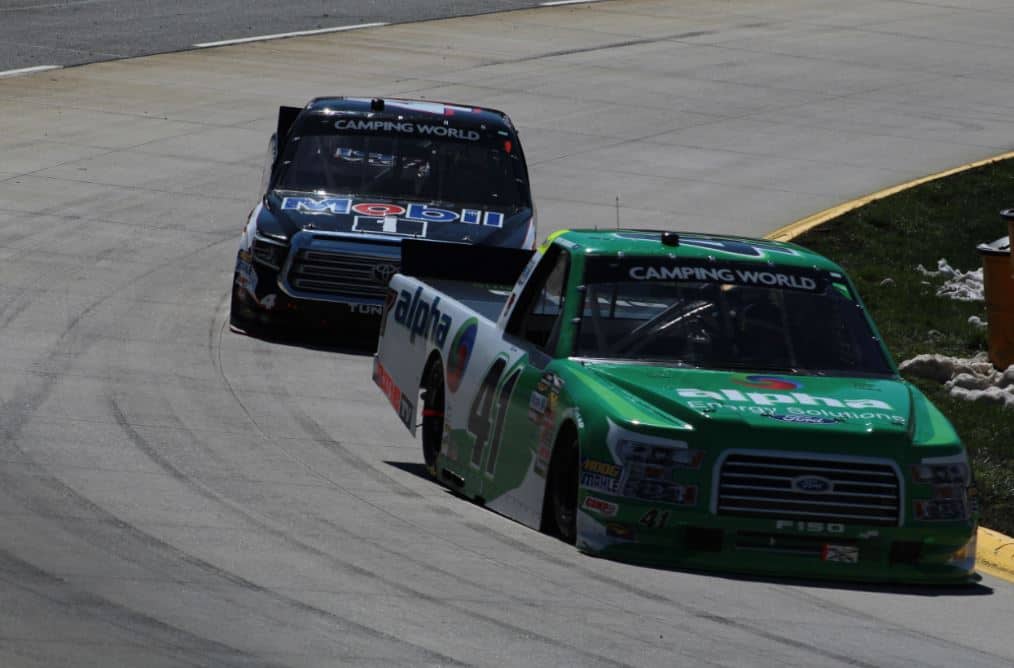 And Rhodes was far from shocked.

The biggest factor between Rhodes and Victory Lane has sat on pit road, as the No. 41 ThorSport Racing team have lost multiple shots at victory due to slow pit stops.

“Pit crew just killed us today,” Rhodes said. “That was the story of 2017 and I don’t want that to be the story of 2018. We’re going to make changes going forward. If you look back at our season in 2017, I think we could’ve won the championship had we not had hiccups on pit road.”

Despite leading a career-high 134 laps from pole position at Martinsville, Rhodes lost that track position and fell outside the top 10. Each time, he would be sent out of the groove in the middle of the pack… all while battling overheating issues.

“Once we had issues on pit road send us to the rear, once you get in the back, there’s not a lot you can do,” he said. “The truck got heated up and we lost a lot of power in the back. We got the truck cooled down and got it running better, but every single time I tried to make a pass, we would pick up six spots and I would get pushed up into the marbles. That happened twice in Turn 4. At that point, everything you gained, you lost and then some.”

Leaving the Virginia short track in the 12th spot, Rhodes is simply bummed another fast truck went to waste.

“I felt perfectly in control of the race,” he said, “but in the back of mind I said coming into pit road, ‘Something is going to happen. That’s just how it is. Every time we’re first something will happen.’ And sure enough, it did. Handling diversity, I guess we have some practice on that.

“I’m sure it has built character but it sucks [laughs]. It sucks, it’s horrible. I hate losing, my whole team hates losing and are heartbroken for it. We really have to go make changes. We’re all putting too much into this thing for this to happen. That’s the biggest disappointment.”