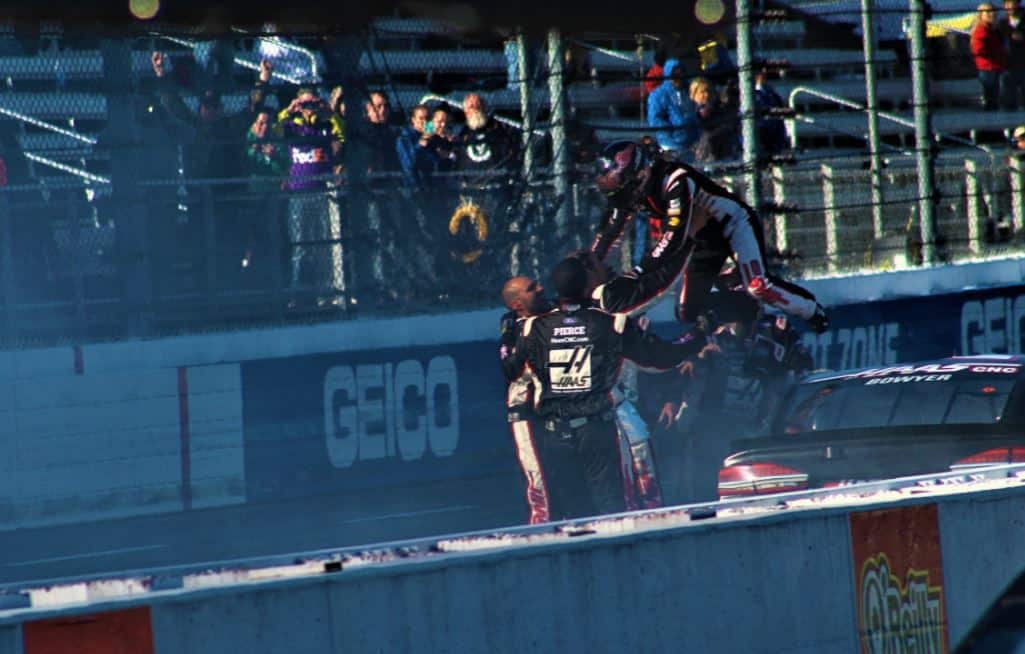 In one of the strongest races of his Monster Energy NASCAR Cup Series career, Clint Bowyer finally scored a victory Monday (March 26) at Martinsville Speedway.

Leading 215 of 500 laps, Bowyer leaped to his ninth career Cup win, first at Martinsville and first overall since 2012.

He can finally exhale.

“I wanted that damn clock,” Bowyer said. “Something just felt right about today. To make sure it happened at this track, I tell you, it meant a lot to me to put it all together. It’s one I felt I’ve lost way more than I’ve ever gained.

Denny Hamlin, who finished 12th, led 111 laps on the day, joining Bowyer and Ryan Blaney (who lead 145) as the three dominators of the afternoon. The No. 11 driver felt Bowyer was simply a step up on the field.

“SHR hasn’t been lightning fast here, but they’re making gains,” Hamlin said. “I think he’s well-liked with the teams and drivers. Probably a great win for him, obviously a very long time. Good job by his team.”

Blaney looked to be the top Ford mid-day, taking the lead first on lap 137 before leading the most consecutive laps of anyone from laps 146 to 284. The No. 12, however, faded from the top spot and lost it for good, finishing third.

Behind sixth-place Joey Logano was Alex Bowman, the first-year Hendrick Motorsports regular who scored his first top 10 finish of 2018 in seventh.

I loved it when DW never saw anyone spin out like that before. First thing I thought of was That I saw the same spin at Richmond a few years back. Lol

Somebody listens to what DW tries to say? He’s there for comic relief. And the reason most people mute the sound.

Estatic? I usually overlook blatantly misspelled words but it’s hard to do that when it’s in the title/headline.

Lucky for Clint that he didn’t have poison ivy this time.