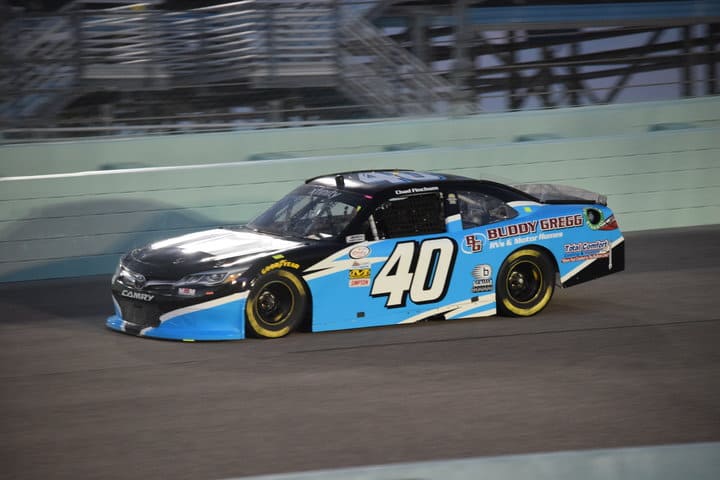 NASCAR XFINITY Series rookie Chad Finchum is getting a promotion much earlier than expected.

The 23-year-old will attempt to make his Monster Energy NASCAR Cup Series debut at Bristol with Carl Long Racing. The announcement was made Tuesday (March 27) and first reported by WVLT in Knoxville, Tenn.

In 12 XFINITY starts, Finchum has run no better than 28th. But he’s thankful to his XFINITY team for believing in his ability to race competitively in both series.

“To be quite honest, at this early in my NASCAR career I wasn’t really expecting to be able run a Cup Series race,” Finchum said. “I’m just very thankful to Carl Long and MBM Motorsports for having the confidence and faith in me to drive their racecars.”

Finchum does have a sizable amount of stock car experience at Bristol. He won the K&N Pro Series East race in 2016 driving for Eric McClure’s team and ran the XFINITY race there for Long last year.

Long’s No. 66 Cup team has not run since the Daytona 500, running 21st with Mark Thompson. It’s currently without a charter in the MENCS.

I wonder how much he paid for the ride and the cost per second of TV time for the sponsors.

Assuming there aren’t a flood of other entries and this team makes the race, I guess the post-Bristol “Where are the caution flags?” story can be shelved.