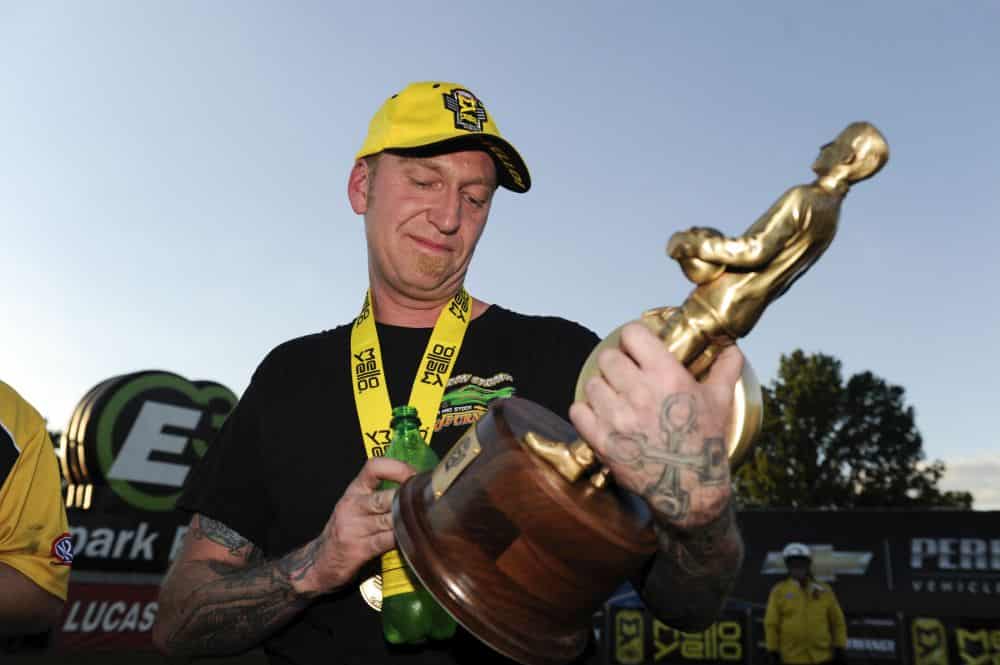 This week we’re back to history. In the first installment, we covered Bob Glidden on the heels of his passing over the off-season, but it seems  that if we’re really going to talk about NHRA history, the best thing to do would be to go back to where it started, with the man who founded the National Hot Rod Association: Wally Parks.

To be clear, Parks didn’t invent drag racing. Drag racing probably invented itself the first time two guys in hot rod cars got into the argument about who was faster and solved it on a straight piece of road. Probably in a desert somewhere.

Seriously, though, Parks grew up in Southern California where he became interested in hot rodding while watching early racers run in the dry lake beds of the desert. Prior to World War II, he joined a regional hot rod club which then joined with other clubs in the area to form the Southern California Timing Association, a predecessor of the NHRA. The SCTA focused primarily on conducting speed trials and pursuing land speed records.

World War II put a halt to things stateside, but it didn’t dampen Parks’ interest in the sport, as he proved by hot-rodding his ARMY jeep while serving in the Philippines. After the war, he rejoined the SCTA and became business manager for the organization. He was also the co-founder and first editor of Hot Rod magazine.

The hot-rodding hobby started to face a bit of a bad reputation, however, mainly from illegal street racing, something that was both dangerous and a nuisance. Park set out to clean it up and make things safer for everyone. He began to promote this idea through Hot Rod magazine and through touring Safety Safaris, the first of which was in 1954, which traveled the country teaching drag race organization and safety at tracks nationwide.

A national organization with safety standards for competitors and vehicles, set competition rules and off-street facilities to host these racers was also part of his vision for the sport. The National Hot Rod Association was founded for this purpose in 1951.

At this time, the quarter-mile was established as the standard race distance from a standing start and a system was devised to classify cars. Parks didn’t invent drag racing, but he was among the first to establish it as a true sport, on both the amateur and the professional level and make it legitimate.

“Wally took a bunch of black leather jacket hoodlums and made one of the greatest motorsports in the world,” retired pro racer “Big Daddy” Don Garlits, said in a statement upon Parks’s death in 2007.

The first national event was held in 1955 and the series just continued to grow, so much so that Parks resigned his position as editor of Hot Rod and sister publications in 1963 to devote himself full time to serving as president of the NHRA.

He served as the president for the NHRA’s first several decades, before stepping down and then taking the position of chairman in 1983. Parks continued to serve as an active member of the NHRA’s board until his death. His likeness still graces each and every NHRA event as the coveted Wally trophy, given to all NHRA race winners.