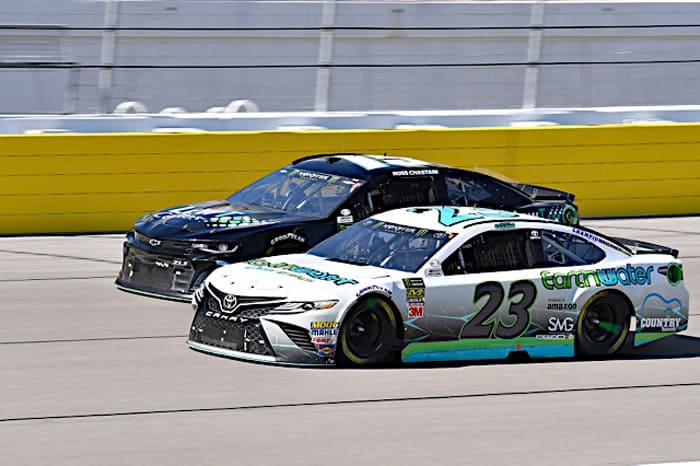 “I think it’s in everyone’s best interests that this business continue in the short run,” Whitley said in his ruling.

Trustee is an expert in financial restructuring and, if need be, liquidating. He testified he has never run a race team. He has helped an IMSA team. He also served as a non-industry member of the NC Motorsports Advisory Council. Here is his bio: https://t.co/z0iCSk6vpG #nascar https://t.co/LkMPuM5xp3

Smith, of The Finley Group, has been a member of the North Carolina Motorsports Advisory Council but has never run a race team, according to ESPN.

“The goal is to find a way to race as long as we can,” Smith said on the stand Wednesday.

The team filed for bankruptcy in February, Frontstretch has been covering this story for some time.

“We have a clear process around charter member governance,” NASCAR said Wednesday in a press statement. “It is incumbent upon charter members to be ready to race and compete at the highest level.”

For now, the team will continue to operate, but if they miss two straight races, NASCAR is prepared to revoke the charter of the No. 23, which has been driven by Gray Gaulding thus far in 2018. A charter ensures that the team is locked into all 36 races and receives a much higher percentage of the race purse.

BK employees stated that they have had checks bounce multiple times and have not been paid for January 2018.

According to NBC Sports, the team owes Union Bank & Trust over $8 million and owes the IRS over $2 million. BK has never made a profit since its inception in 2012, according to court documents.

NBC also reported that BK sponsor EarthWater has an exit clause that will void its contract if Devine is not running the team.

The exact state of the team’s finances are somewhat murky, as many of the official documents required for Chapter 11 bankruptcy have not been filed.

“It’s a sad day for BK,” Devine said. “The judge made his ruling. I respect that. We’ll talk about if there’s a next step, an appeal or anything like that.”

BK Racing sits 35th in owner standings with 31 points, next to last among chartered teams, ahead of only first-year team StarCom Racing.

Being that far in the hole its difficult to see how this has any kind of happy ending.