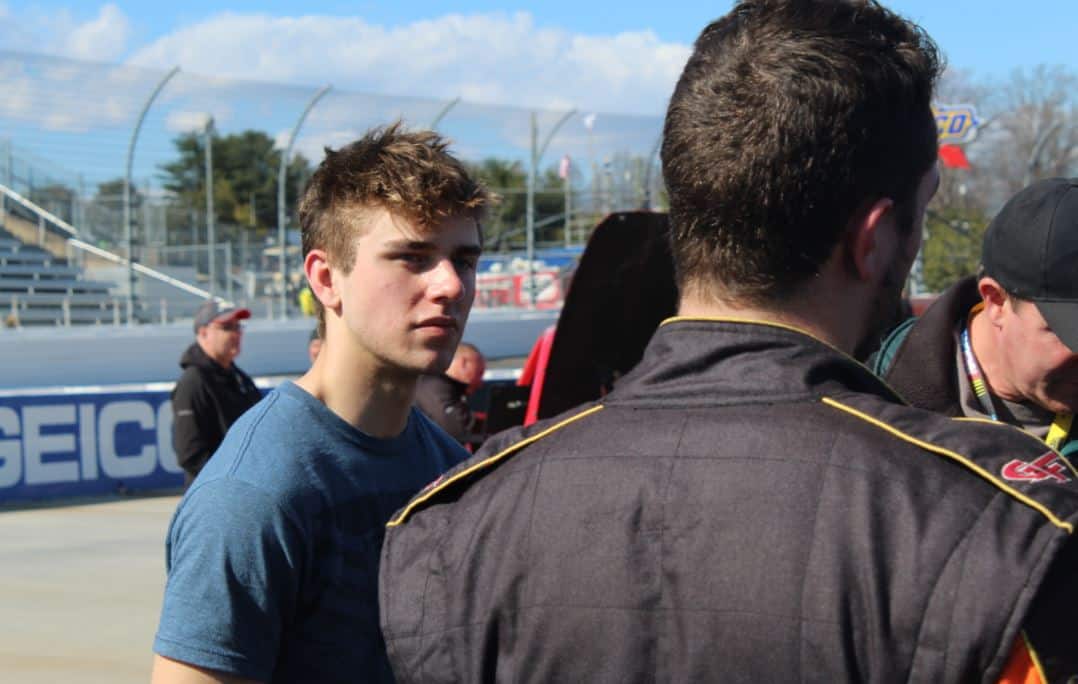 When a driver climbs into the cockpit of a racecar, most of the real world subsides. Friends, family, worries, it’s all out of mind.

But when a part of your family enters the racetrack with you as a competitor, does that change?

For brothers Kevin and Kyle Donahue, the two youngsters have dipped their toes into the NASCAR Camping World Truck Series the last two years, combining for 13 starts since 2016. Of those, four times have they competed against one another.

Unlike the Busch brothers of Kurt and Kyle in the Monster Energy NASCAR Cup Series, these two have kept a clean track record against each other.

“Our dad would probably kill us,” Kevin said of him and Kyle making contact on the track. “A lot of time, he was paying for the racing. We don’t want to take one piece of our equipment and tear up another. It’s always kept us pretty grounded in that sense.

Kevin is the older of the two at 23 and after making his eighth Truck start last month at Martinsville Speedway, he’s also the more experienced in the series. However, despite the advantage in numbers, the two started racing near the same time, giving them each a shoulder to lend to the other.

“Sometimes, [Kyle] gives me more advice,” Kevin said. “We both started racing at the same time though we’re different ages. So really, the skill level has developed in the same time frame. We’re both just drivers with the same amount of experience.

“It’s always been good to bounce ideas off him and discuss and strategize. It’s one driver you can completely trust and it speeds up the learning process of each track. We’ve been racing together for forever it feels like.”

Kyle, 17, feels a level of comfort with his brother on the track.

“Knowing there is friendly competition out there, you’re just confident in who you’re around,” Kyle said.

Their growing pains in racing have been partly cushioned by their father Jim, who not only helped fund their racing through the ranks but also assist in crew chiefing and wrench turning.

“[My dad] has been the No. 1 crew chief,” Kevin said. “Now, we have a team who does that, it’s different. Growing up in racing, him, Kyle and I were really the sole people who would work on the cars. Occasionally, we would have help but we were the main guys. It’s nice to still have them out at the track, proud parents.”

It’s the stable family foundation that has helped breed opportunity for the Donahues. Sponsorship has been a tough find, but they hit a new partnership at Martinsville with First Responder Racing in support of first responders injured in action.

“We’re second-generation racers, we don’t have any uncles or anyone in the sport,” Kevin said. “We’ve had to make a big push to get sponsors. One thing I’m really proud to be doing is racing for our first responders, which is our whole thing right now with First Responder Racing. That’s not so much about sponsorship, we’re just trying to drive donations to charities who help our firemen. That’s been the most rewarding thing so far, meeting those guys and hearing their stories.”

Kyle also drove with the First Responder Racing logos and was among the youngest in the field at Martinsville last month. Despite the young age, it was his third start at the short track, coming off a 16th-place finish in the event in 2017. He also grabbed a 16th last summer at Gateway Motorsports Park, bringing some positive light to his name.

“It definitely helps with the background we had in late models,” Kyle said. “You learn more every lap you make. There are little things you tweak here and there. Overall, it’s been about what it was last time, I didn’t have to learn too much.”

With finishes of 23rd and 30th at Martinsville, the Donahue brothers now switch focus to the next opportunities in the Truck Series. With work to be done in the race shop, both are also actively searching for sponsors to return to the starting grid.

“It’s up in the air,” Kevin said. “We’re trying to raise as much as we possibly can. Initially, we had the plan of running the whole season, but obviously, it takes a lot of money to do that. Even though all the donations will go to first responders, we’re always looking for partners to help support us in our cause and help keep us on the track all year.”

(Below is a video capture of our conversation with Kyle and Kevin Donahue.)