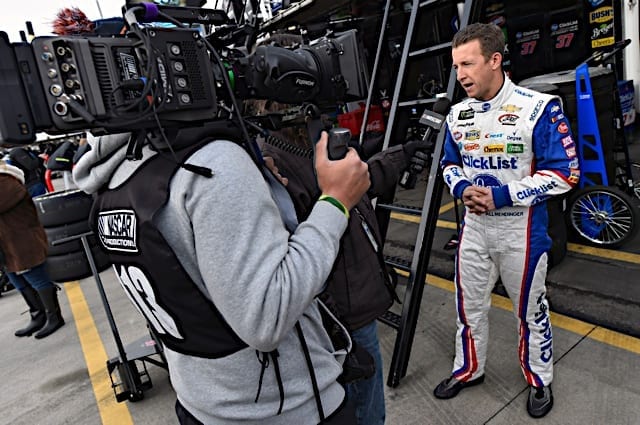 At the one-sixth mark of the 2018 Monster Energy NASCAR Cup Series season, perhaps there was no better time for a holiday break. For some, at least.

As we exited Daytona Speedweeks, drifted through the West Coast Swing and plowed through white Martinsville, the true stature of the underdogs for 2018 have taken some sort of shape after six races.

A variety of tracks have also highlighted where these teams can improve on and where their best shot at a breakthrough top 10 or 15 could come. Pit strategy is still useful, qualifying crucial as ever, but more than anything, it’s the simple act of keeping up that has challenged these teams in 2018.

We’ve seen this more visible up front when a Clint Bowyer, Martin Truex Jr. or Kevin Harvick would be ultimately untouchable while everyone else wonders what hit them. For the underdog teams, they’re instead, lapped by those leaders while they try to play catch-up with 17th place.

A tough position, no doubt about it. And it’s why this Easter weekend was probably met warmly by smaller teams.

But it’s all over now, as we head toward Texas Motor Speedway in a few days. it also means it’s time to glance at the performance of these teams to see who’s where after six races.

JTG Daugherty Racing has been the top underdog team of 2018. Scoring the Frontstretch “Underdog of the Race” spot three times already, the two-car team also holds the top points position of the underdogs in 19th.

That driver is AJ Allmendinger, who’s the only underdog to score multiple top-10 finishes this year, with results of 10th at Daytona and eighth at Martinsville. Though the now-fifth-year full-time driver for the team is more than ready to make the next step, the slow process has him ahead of the rest. That’s a bigger achievement than what will be televised.

His teammate hasn’t been far off either. Newlywed Chris Buescher kicked the year off with a fifth in the Daytona 500 and sits 24th in points — third best amongst the underdogs. But the consistency hasn’t shown just yet, backing the top five up with finishes of 25th, 15th, 29th, 30th and 23rd, respectively. Hard to take much out of those results other than some slight potential.

Darrell Wallace Jr. and Richard Petty Motorsports squeezed in between the JTG guys after Martinsville to line up second best in 23rd in points. The rookie’s story is quite similar to that of Buescher’s, as 2018 has shown the best and worst a year can offer.

A runner-up result in the 500 was decimated by a late crash and 32nd place at Atlanta the next week. Finishes of 21st and 28th were followed by a 20th at Auto Club and a mechanically-challenged 34th at Martinsville. These ups and downs have kept the African-American grounded — he’s been the “Underdog of the Race” twice, has the best finish of any underdog this year and, as mentioned, is second highest in points. Not a bad start.

Wrapping up the top guys is Front Row Motorsports. Michael McDowell has run well in his first season with the team, sitting 25th in points, ahead of Chip Ganassi Racing’s Jamie McMurray. Busting out a top 10 in Daytona, McDowell has mostly struggled around that 25th spot, finishing as high as 21st last week at Martinsville.

But in the midst of that was a big day at Las Vegas when he qualified 15th and led 11 laps under pit cycle. The 11 laps were the most he has ever led in not only a single race, but an entire season.

David Ragan has had some decent moments this year, qualifying 16th in Phoenix. He also has consistent finishes of 23rd, 23rd, 22nd, 25th and 25th since Daytona. Staying out of trouble and, unlike most, giving us a good gauge of performance moving forward.

The rest of the underdog teams here are outside the top 25 in points, have no top 10s and have no lead-lap finishes. Their room for improvement is large enough to fit a homemade movie theater and popcorn machine.

StarCom Racing and BK Racing have been the two bottom-barrel teams in 2018. With StarCom replacing Jeffrey Earnhardt with Landon Cassill for a couple weeks here, the first-year full-time team finished 21st at Daytona, however, has seen no better than 31st since with either driver.

Gray Gaulding for BK has been even below the team’s mark, earning an average finish of 31.8 after six races. His top 20 in the 500 is his only result better than 32nd.

Corey Lajoie suffered two blown motors in his two starts this year which has thrown a curveball for the organization, but at least they have some stability on Whitt’s side.

Matt DiBenedetto and Go Fas Racing have also generally been in one spot all year. With a best finish of 22nd, the Ford team is 31st in points. But the year has had a couple positives, running top three in the final laps of Daytona before finding a slew of support in the form of crowdfunding and sponsorships from fellow drivers for the race out in Phoenix.

The final two of Ty Dillon and Kasey Kahne have been a couple ticks above these past few teams but still need work done. Germain Racing was one of the small teams to watch not a year or two ago. What happened? Second-year Dillon has only finished as high as 22nd and has more runs outside the top 25 than in it.

Kahne and Leavine Family Racing have also been a bit of a mystery to start the year, though not to the extent of others. Three straight 24th-place finishes have put Kahne No. 5 amongst the underdogs in points (27th), with a 19th at Auto Club standing as their highest result.

Versus 2017, this year is nearly a copy after six races. Michael McDowell earned a 24.2 average finish (Kahne has a 24.3) and was 27th in points (so is Kahne.) So, improvement hasn’t been put into play just yet with their new driver.

Unlike Cup, the XFINITY and Camping World Truck circuits have had underdog teams perform inside the top 10 or even right near the top guns of the series.

In XFINITY, the top underdog has been Spencer Gallagher and GMS Racing. Though a team who are champions and front-runners in Trucks, they’re still getting their feet underneath them in XFINITY. Gallagher has earned five straight top-15 finishes including two top 10s. The No. 23 is seventh in points.

In Trucks, Brett Moffitt and Hattori Racing Enterprises have been the best underdog team and, at times, the best team in 2018. With a win at Atlanta, they have back-to-back thirds entering Texas this weekend, sitting third in the championship after four races.

Not a bad way to spend Easter week!!! ??‍♂️ pic.twitter.com/akjFY71vpa