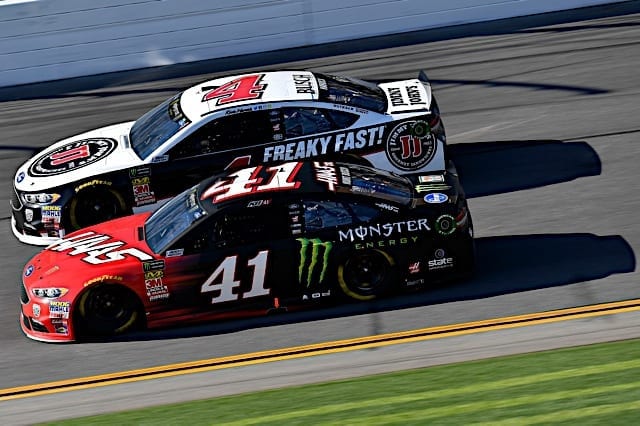 Denny Hamlin was sixth-fastest, followed by Chase Elliott. Brad Keselowski turned the eighth-fastest lap of the session, followed by the fourth SHR driver in Aric Almirola. Martin Truex Jr. rounded out the top 10.

Less than halfway through the session, William Byron sat inside the car in the garage while the crew diagnosed a potential engine issue. Following an evaluation, the No. 24 team determined the problem required an engine change.

The No. 24 @LibertyU Chevy will have to swap engines, so that concludes our practice today. #LibertyU24 pic.twitter.com/yzN0W2aq8i

“We’d make a couple of laps and then have some engine trouble,” Byron told Fox Sports 1. “So we’re just working through that.

“We really needed some practice time. We’ll kind of rebound from that and hopefully be able to make a lap in qualifying and see what the balance is.”