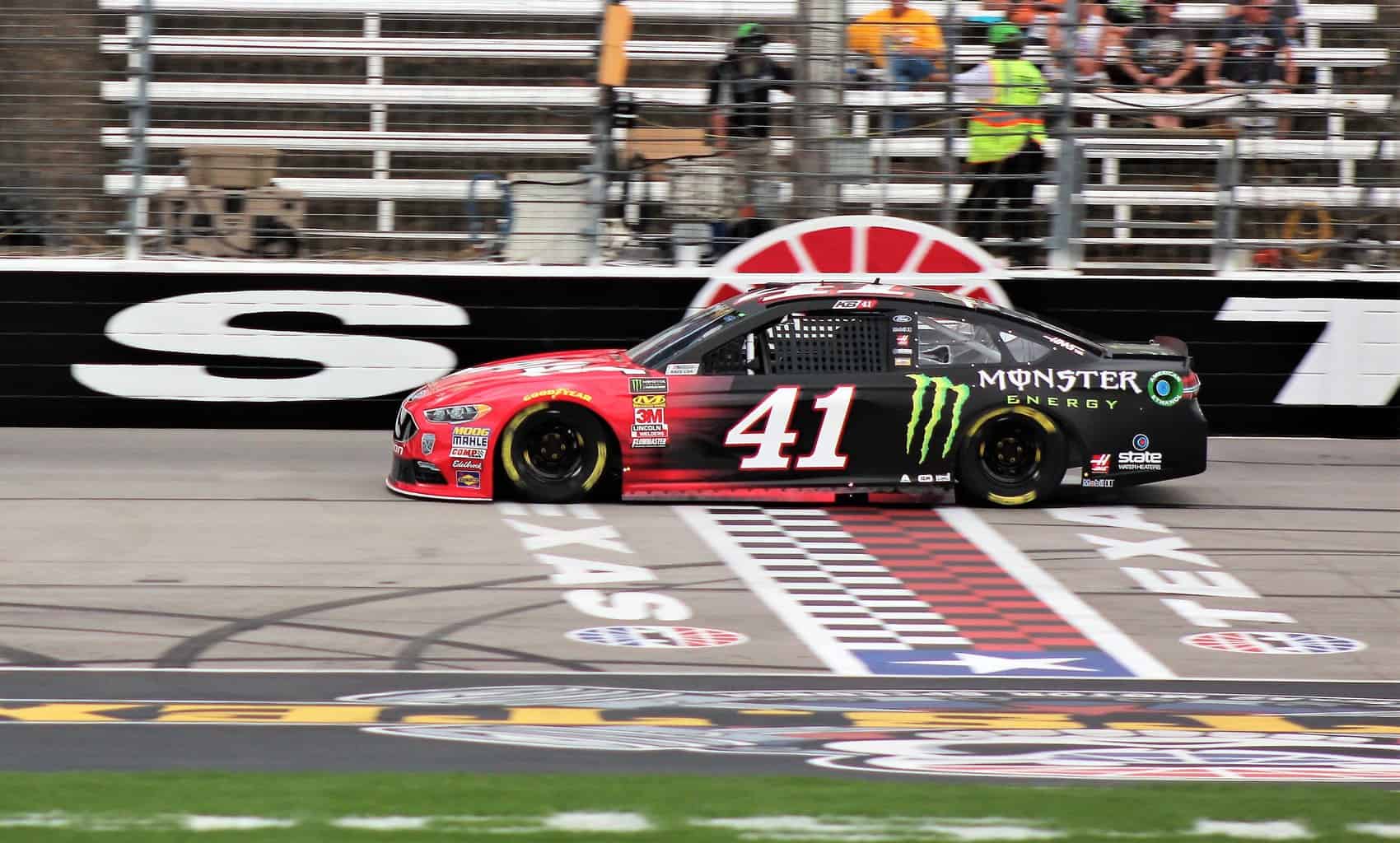 Kurt Busch scored his first pole of the 2018 season and second straight at Texas Motor Speedway, Friday when qualifying was shortened for lightning in the area after just one round.

“It was a unique situation with just having the one round,” Busch said. “The thought that weather was in the area hadn’t crossed our minds but yet you have to play all three rounds as smart as you can. We went a little bit aggressive in that first round and it paid off. I think Round 2 would have picked up even more speed and Round 3 would have been where we had to make a big gamble to see if we could still maintain that pace.

“I am glad we had that speed right off the truck thanks to Billy Scott and Doug Yates and the engine department. Having that technical alliance with Mobil 1, those guys have helped us with the qualifying side of it. It is neat to have our Fords at Stewart-Haas hauling the mail like this. When you attack the track and stand on the gas hard it is a great feeling to know it is going to stick. Stewart-Haas Racing has been on fire recently.”

The driver of the No. 41 Chevrolet will lead Sunday’s Monster Energy NASCAR Cup Series O’Reilly Auto Parts 500 field to the green alongside teammate Kevin Harvick who posted a 197.368 mph lap.

“We had a good lap and just got beat by a little bit,” Harvick said. “I think we didn’t really realize that was going to be the last one but we thought maybe there was a chance. We kept it in the family and that is a good thing for Stewart-Haas Racing and hopefully,y we can continue the trend of running well for the rest of the weekend.”

“I’m in the top 10 let it rain,” Johnson said while qualifying was still on hold. “Call a spade a spade, I was just telling Alex (Bowman) we started off and struggled pretty bad.  I think the track was just really far off from what we anticipated.  At the very end of practice, things started going much better for us and popped off a decent lap there and making good gains.”

MENCS teams will run a pair of practice sessions, separated by NASCAR XFINITY Series qualifying on Saturday. The first will run from 11 – 11:55 a.m. ET, while final practice will be held from 1:30 – 2:20 p.m. ET.