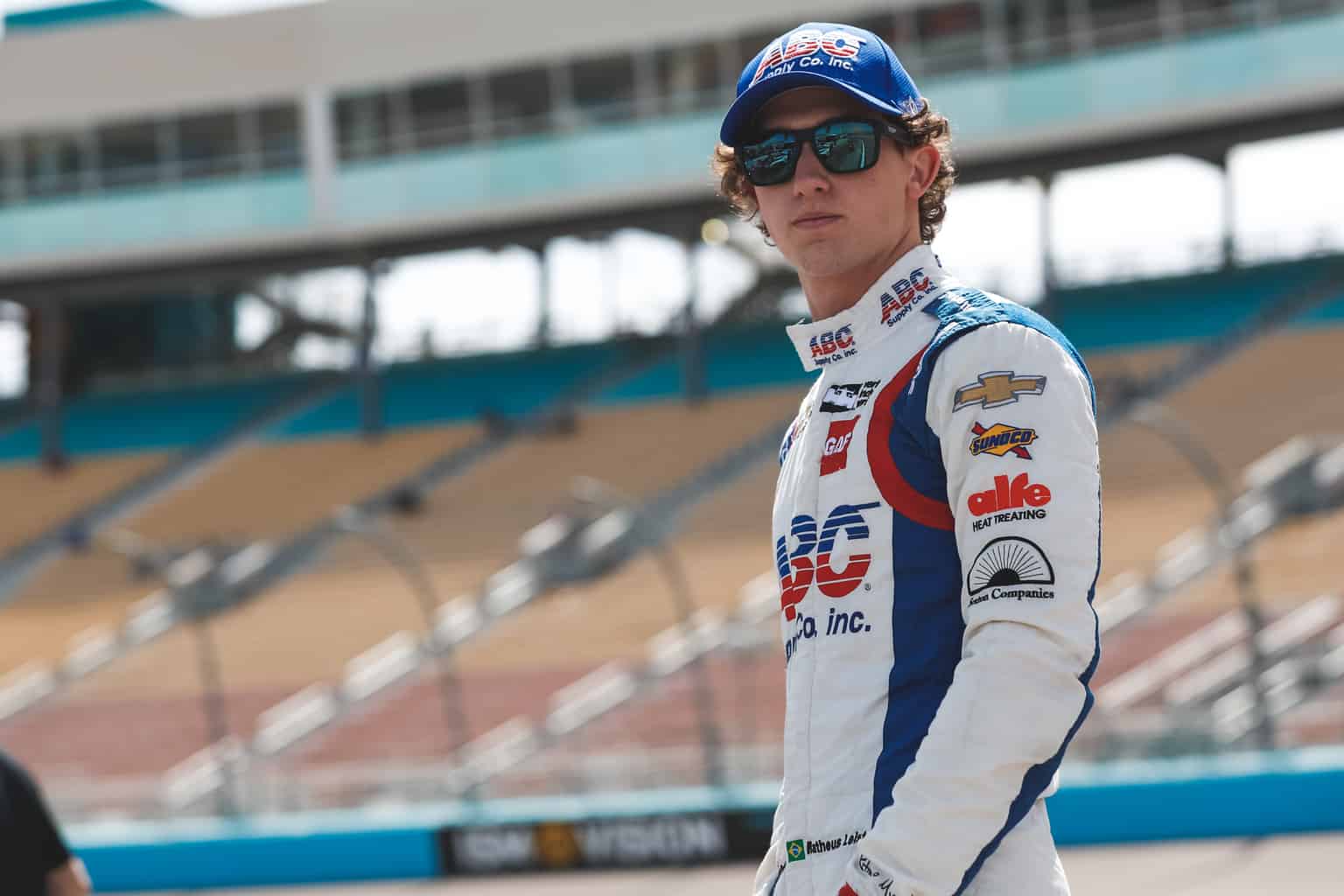 Matheus Leist has never raced on an oval or at night in an Indy car. He’ll do both at ISM Raceway on Saturday evening.

Leist, 19, is a rookie in the Verizon IndyCar Series who competed in last year’s Indy Lights championship, finishing fourth in the standings. The Brazilian made his first IndyCar start at St. Petersburg last month.

In Indy Lights, he competed at both the Indianapolis Motor Speedway oval and Iowa Speedway. He won both races, but racing in an Indy car, which has a new aero package, will be an entirely new challenge.

“Phoenix will be one of the hardest races for me because it’ll be my first oval race in an Indy car and also my first night race in a car — ever,” Leist said. “I’ve done a few go-kart races at night but never a car race.”

The AJ Foyt Racing driver has Tony Kanaan as a teammate, which is a strong resource. Kanaan has excelled on the ovals throughout his IndyCar career and has two victories in Phoenix.

The Foyt team feels confident racing at ISM because it had a strong preseason test there. Kanaan probably feels more comfortable, but Leist is ready to embrace the 250-miler ahead of him.

“I’m pretty excited,” he said. “I think the preseason test in Phoenix was good; the car was looking fast. … I think we’re in good shape for the race. Hopefully, we’ll have fun and manage to get some great results for the team and myself as well.”