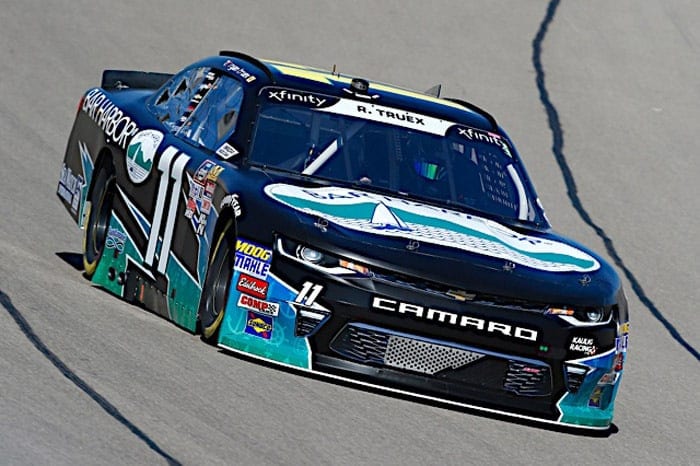 A mock qualifying run late in the opening practice vaulted Truex to the top of the leaderboard shortly before time expired. The 187.266 mph lap was the fastest posted by any NXS driver in both sessions. Behind Truex in the first practice was Hemric, followed by Ryan Blaney. Matt Tifft and Ty Dillon rounded out the top five.

Meanwhile, by the time the second session went green, the air temperature had risen almost 10 degrees, creating slick conditions. Hemric held the top spot for most of that session over Blaney with a 186.445 mph lap. Brandon Jones was third-quickest, followed by Matt Tifft. Tyler Reddick rounded out the top five.

Blaney topped the chart for drivers who ran at least 10 consecutive laps with an average speed of 184.720 mph over Hemric. Ty Dillon, Allgaier and Christopher Bell rounded out the top five.

Both practices were slowed for single car spins around the middle of the sessions. In the first practice, it was Michael Annett, and in the second it was Bayley Currey, who’s making his NXS debut this weekend. Both drivers avoided damage and were able to continue.

NXS teams will qualify for the My Bariatric Solutions 300 Saturday at 12:10 p.m. ET.